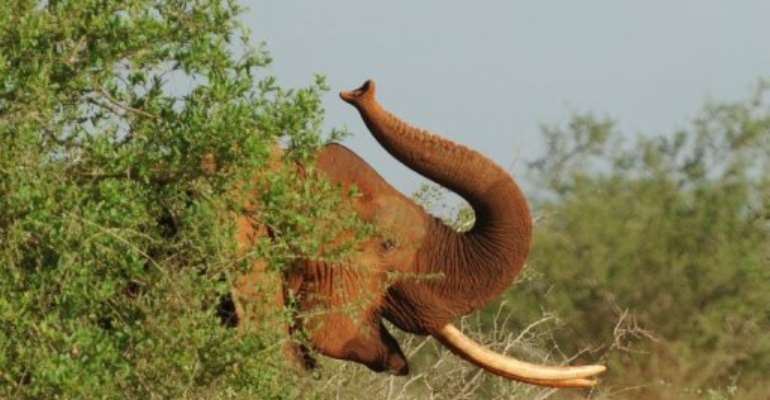 Rangers recovered 50 kg of elephant tusks after a gunfight with suspected poachers. By Tony Karumba (AFP/File)

"Five suspected poachers were last night gunned down and one escaped during a fierce exchange of fire with Kenya Wildlife Service rangers at Chepareria in West Pokot County," it said.

Two rangers were wounded in the firefight which went on for more than 40 minutes, the KWS said, adding that it had recovered 50 kilograms (110 pounds) of elephant tusks and three assault rifles at the scene.

Trading in ivory was banned in 1989 under the Convention on International Trade in Endangered Species of Wild Fauna and Flora.