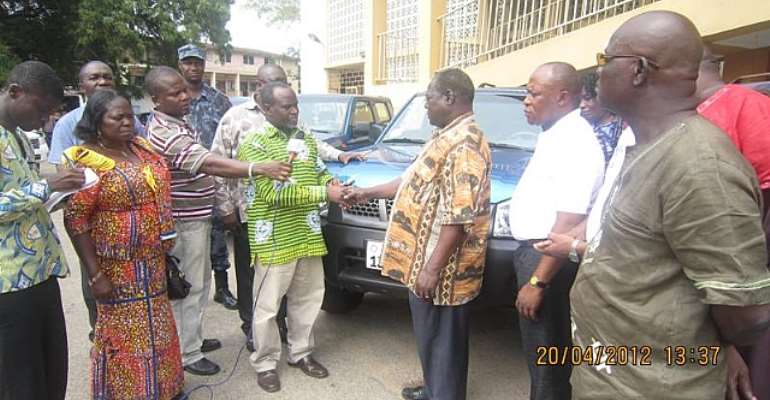 Accra, April 20, GNA - Mr Moses Asaga, Minister of Employment and Social Welfare, has presented seven pick-up vehicles to the Department of Social Welfare (DSW) to facilitate its operations of work.

Mr Asaga said the Ministry recognised the role played by the Department in helping to reduce poverty in the country, hence the need for it to be resourced to deliver effectively.

He said the department is in charge of the Livelihood Empowerment Against Poverty (LEAP) which is responsible for distributing grants to the various districts in the country.

The Minister said it was the desire of government to put in place measures to reduce poverty in the country and as such the presentation would help address some of the challenges faced by the department.

He said the LEAP programme was introduced in 2008 to support extremely poor households with grants to enhance their incomes and livelihoods.

Mr Stephen Adongo, Director at the DSW who received the keys to the vehicles, expressed gratitude to government for the assistance adding that the gesture would facilitate the department in discharging its responsibilities.

He said the LEAP programme should work towards ensuring income security by creating jobs as well as granting credit facilities for people to engage in livelihood enhancement ventures.

Mr Adongo said government had already presented 10 vehicles to the department and stressed that the additional seven vehicles would go a long way in meeting the targets for the department.

He promised that his outfit would ensure that the vehicles are well maintained and used for its intended purposes.