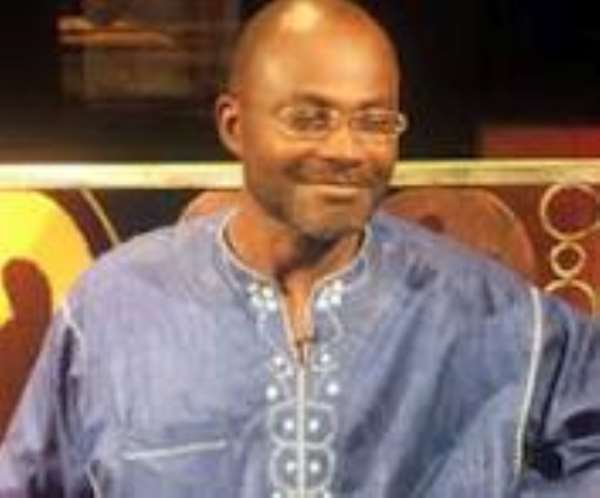 Accra, April 19, GNA - There was spontaneous jubilation in and around the court premises when the Fast Track High Court admitted Kennedy Ohene Agyapong, New Patriotic Party (NPP) Member of Parliament for Assin North, to bail.

Agyapong was granted GHC200, 000 with one surety to be justified when he was put before the court presided over by Mr Justice Charles Quist.

It ordered him to sign a bond to be of good behaviour pending the determination of the case. The matter was adjourned to Friday, May 4.

In the court's ruling it entreated all political parties to be guided by the Constitution and urged the prosecution to take a second look at the facts and charges.

Sympathisers poured talcum powder on themselves and shared pieces of white cloth as a sign of victory as soon as he was granted bail amidst singing and dancing.

Agyapong was put before the court in the afternoon on charges of treason felony, attempted genocide and engaging in terrorist acts.

He denied the offences.
Meanwhile, the Human Rights Court presided over by Mr Justice Kofi Essel Mensah granted Agyapong bail because he (the trial judge) used his discretion of court rules and the provision of a medical report on the health condition of Agyapong who is said to be diabetic.

It adjourned the matter to Tuesday, April 24 to enable the Inspector General of Police (IGP) justify the detention of Agyapong.

The court said the MP was entitled to initiate proceedings for the restoration of his rights.

This followed a writ of Habeas Corpus issued against the IGP to produce the body of Agyapong, but was taken to the Fast Track High Court on the criminal aspect of the case.

One of Agyapong's lawyers, Mr Ayikoi Otoo, had argued before the court that the facts read out did not support the charges adding the repeal of the criminal libel law marked the end of criminalizing speech.

Counsel said the State was only going to the backdoor by introducing the charges adding the prosecution had not been able to show the context of the speech.

Mr Otoo noted that the charges preferred against the MP were deliberate to keep him in custody recounting the dribbling that the State had taken them through in the court premises.

He said vandalising vehicles at the Police headquarters was not based on what the MP had said rather it took place after the arrest of Agyapong.

Mr Otoo therefore, prayed the court to admit him to bail.

He said the accused was the owner of Oman FM, a radio station at Madina Zongo Junction in Accra.

On Friday, April 13, this year, between the hours of 8:00am and 9:00am, Agyapong phone in to the Newspaper Review Section of the radio station's programme to contribute to the programme.

Prosecution said Agyapong was incensed that he started inciting people to embark on violence.

He said Agyapong contended that the National Democratic Congress (NDC) had caused a gong gong to be beaten at Asetsere in the Biakoye Constituency for minors to register in the ongoing Biometric Registration Exercise.

Prosecution said Agyapong stated that they were prepared to do the same in Ashanti Region and had the Biometric process destroyed.

He indicated that Agyapong said his party members should also lynch policemen for their inactions and Asantes and Akans should beat Gas and Ewes who enter their shops.

Agyapong spoke on alleged assault meted out to some people at the Odododiodio Constituency by some National Democratic Congress.

Mr Wiredu said based on that he had declared war in the country, a declaration reserved to the President of Ghana.

Agyapong, the prosecution said dared the IGP and Lieutant-Colonel Gbevlo Lartey, National Security Coordinator and his group to arrest him.

Based on that, Mr Wiredu said the Police invited Agyapong to the Criminal Investigations Department headquarters.

The NPP supporters invaded the place and caused damage to nine vehicles including two police vehicles and blocked roads leading to the Ghana Broadcasting Corporation and the Office of Bureau of National Investigations (BNI).

The prosecution said it would produce the tape to court and lead evidence to prove their case.

On Wednesday, April 18, the Adjabeng Magistrate's Court in Accra declined jurisdiction in the case of treason, treason felony and attempted genocide brought against Agyapong, saying such crimes should be tried by the High Court.

Ms Patricia Quansah, who presided over the court, said in a ruling after the prosecution had asked for the MP to be remanded that such cases were heard by three High Court judges.

Further, she said, the Chief Justice on June 17, 2008, released a circular to all judges stating that cases much as treason, murder, narcotics and rape, among others, were to be referred the Chief Justice who would in turn refer them to the court.