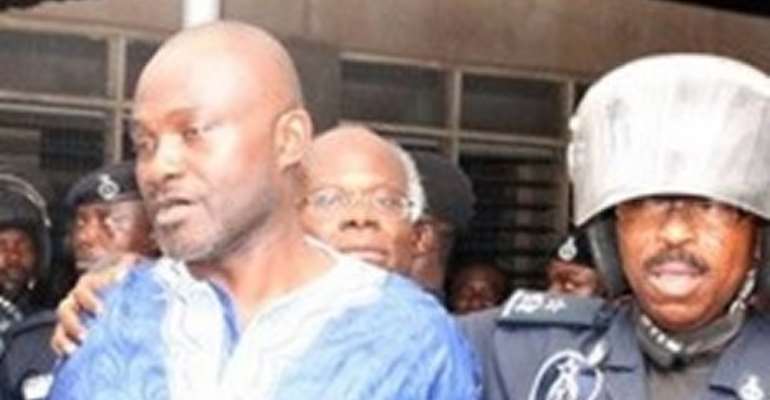 Accra, April 19, GNA - The embattled Member of Parliament (MP) for Assin North, Kennedy Agyapong, was on Thursday granted by the Fast Track High Court where he faces charges of treason, felony, attempted genocide and engaging in terrorist acts.

He pleaded not guilty.
The court presided over by Mr Justice Charles Quist granted him bail in the sum of GH¢200,000 to be justified. He is also to sign a bond to be of good behaviour until the final determination of the case.

This is the second time on Thursday that the MP has been granted bail by two different High Courts.

A Human Rights Court earlier in the day also granted him bail in the sum of GH¢200,000 on health grounds following a habeas corpus writ filed by his lawyers.

Mr Justice Essel Mensah said he granted the bail because he used his discretion of court rules and the provision of a medical report on the health condition of the MP, who is said to be diabetic.

The Human Rights Court adjourned the matter to April 24 to enable the Inspector General of Police justify the detention of Agyapong.

It said the MP was entitled to initiate proceedings for the restoration of his rights.

But Agyapong was then taken to the Fast Track High Court on the criminal aspect of the case.

Agyapong was arrested on Monday, April 16, after he was invited by the Police Criminal Investigation Department over statements made last Friday on his Accra-based radio station, Oman FM.

He is reported to have “declared war” and vowed to lynch any fake security operative, following the alleged physical attack on Ms Ursula Owusu, the party's Ablekuma South Parliamentary Candidate and Abu Jinapor, an aide to the party's flagbearer, Nana Addo Dankwa Akufo-Addo, at Tarzan, a registration centre in Odododiodoo in Accra.

The MP also said he would organise supporters of the New Patriotic Party (NPP) to defend themselves because the police had failed to protect them.

On Wednesday, the Adjabeng Magistrate's Court in Accra declined jurisdiction in the case of treason, treason felony and attempted genocide brought against Agyapong, saying such crimes should be tried by the High Court.

Ms Patricia Quansah, who presided over the court, said in a ruling after the prosecution had asked for the MP to be remanded that such cases were heard by three High Court judges.

She said the Chief Justice on June 17, 2008, released a circular to all judges stating that cases much as treason, murder, narcotics and rape, among other issues, were to be referred to the Chief Justice who would in turn refer them to the court.

She asked the prosecution, led by Mr Rex Anthony Wiredu, Principal State Attorney, to refer the matter to the Chief Justice to determine which court should hear the case.

Hundreds of NPP supporters clad in party colours and red attire, jubilated when news of the court granting bail to the MP was broken to them.