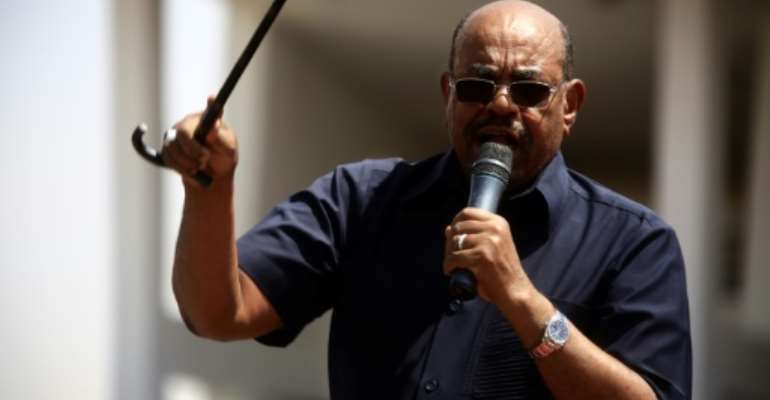 Khartoum (AFP) - Sudanese President Omar al-Bashir vowed Monday to brutally crush anti-regime protests, warning the authorities will crack down on demonstrators as they did in 2013 when dozens were killed during clashes.

Bashir's warning came as opposition activists issued a new call to hold a two-day nationwide strike next week against a government decision to cut fuel subsidies that has led to rising prices for goods including medicines.

"In the past few days we have heard some people, who are hiding behind their keyboards, calling for the overthrow of the regime," Bashir told supporters gathered in the eastern town of Kasala.

"We want to tell them that if you want to overthrow the regime, then face us directly on the streets. I challenge you to come out onto the streets.

"But we know you will not come because you know what happened in the past... This regime will not be overthrown by keyboards and WhatsApp," Bashir said in a speech broadcast live on state television.

In 2013, dozens of people were killed in a government crackdown on street protests against to a similar round of subsidy cuts.

Rights groups say about 200 lives were lost in that crackdown, while the government puts the death toll at less than 100.

In recent weeks, groups of people have staged sporadic demonstrations against the latest cuts, but they were swiftly dispersed by anti-riot police.

Opposition activists have now taken to social media networks like Facebook and Twitter as well as WhatsApp messenger to call for a new nationwide "sit-at-home" strike on December 19 and 20, urging the people to stage street protests in Khartoum and other cities to "overthrow the regime".

A similar three-day strike in late November saw a mixed response, with some private sector employees abstaining from work but government employees reporting for duty.

Sudan's powerful National Intelligence and Security Service, or NISS, has already arrested several opposition leaders and activists in a bid to prevent protests.