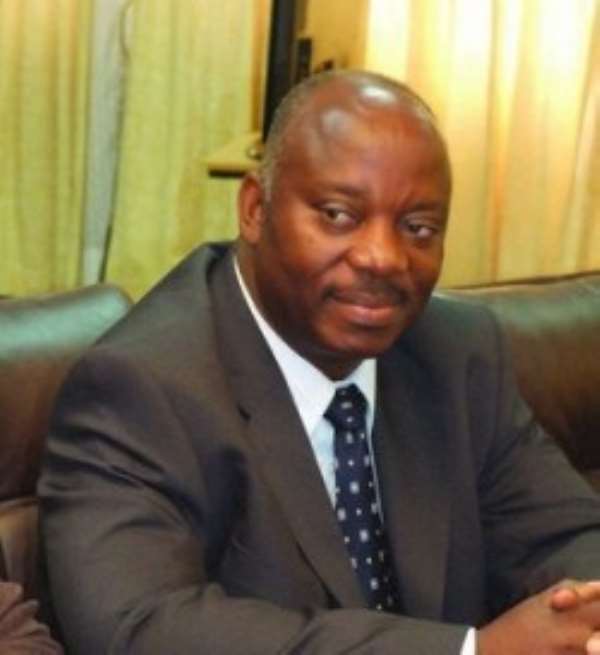 Accra, April 18, GNA-The Christian Council of Ghana (CCG) on Wednesday condemned the violence and inflamed passions that have influenced the rather peaceful national biometric voter registration exercise at selected polling stations across the country.

It also expressed regret over the use of abusive and inflamed language by political functionaries, inciteful and divisive statements that had become the order of the day rather than debate on issues and policies.

This was contained in a communiqué jointly signed by Right Reverend Francis Amenu, Chairman and Rev. Dr Fred Deegbe, General Secretary of the Council, issued at the end of the Council's Annual General meeting in Accra.

It said the Council was concerned that the current political tension that had emanated from the initiation of the electioneering process and the on-going biometric registration had the tendency to plunge the nation into anarchy.

The AGM was attended by more than 100 participants from the 17 member churches as well as representatives of the Local Council of Churches to present and discuss among others the Council's programmes and reports from various Regions.

The communiqué said Ghana was bigger than any person, group or political party interest, and that Ghanaians had a responsibility to guard the peace that was being enjoyed, adding, “The whole world's attention is on Ghana and we must not disappoint the people of this country especially our children, the world and above all the God we are called to serve.”

It therefore, asked government to sanction government officials who illegally obstructed political activities, provided conducive environment for free, credible and transparent elections, ensure the availability of adequate logistics and resources for carrying out the elections and ensure that adequate security was provided to all stakeholders participating in the electoral processes.

“The government should take all necessary measures and precautions to prevent the perpetration of fraud, rigging or any other illegal practices throughout the whole electoral process, in order to maintain peace and security.”

It called on the Judiciary to remain neutral and expedite justice on electoral related cases in the discharge of its constitutional mandate while political parties were urged to refrain from verbal or other provocation that could increase political tensions, including intimidation of rivals, call to violent revenge or appeal to ethnic or regional hatred.

Political parties were advised to succumb to the rule of law and allow the justice systems to deliver justice appropriately and reprimand those who foment violence.

The Council called on the Electoral Commission to continue to operate an open door policy which embraced CSOs and international observers monitoring elections, to ensure that the electoral process was transparent, free, credible and fair to all and that it provided an enabling environment to the physically challenged and other vulnerable groups to enable them exercise their franchise.

To the security services, it asked them to remain neutral and provide security to all political parties, polling stations and for all citizens and not to compromise the national interest and avoid manipulation from political parties, groups or individuals in authority.

The Council asked the electorate to comport themselves and resist politicians who incite them to violence.

It pledged to continue to sensitise its members on the need to ensure peaceful, credible, free and transparent elections and continue to pray for peace before during and after the elections.