WANEP appeals for calm in Bimbilla 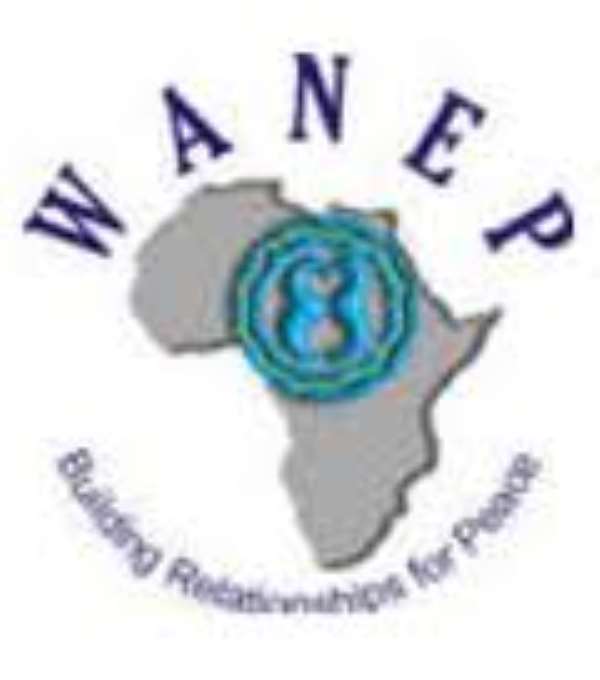 Tamale, April 18, GNA – The West Africa Network for peace building (WANEP-Ghana), has appealed to the chiefs and people in the Bimbilla Traditional Area to remain calm and be law abiding as they seek justice in the protracted chieftaincy dispute.

It said WANEP-Ghana has observed with grave unease, the simmering tension and anxiety in Nanung (Bimbilla) over the Nanung Chieftaincy dispute resulting in the loss of lives and the destruction of property in the area.

A press release issued in Tamale on Wednesday by the WANEP-Ghana National Network Coordinator Mr Justin Bayor and copied to the GNA stressed the need for the two factions to remain calm while the judiciary process takes its course.

WANEP said through its Early Warning System, it noticed that there was increased anxiety before the House of Chief's ruling on the chieftaincy dispute, leading to the setting ablaze of the constituency office of the National Democratic Congress by an angry youth.

Mr Bayor said similar developments occurred when the court ruled on the Dagbon crisis and the Buipe chieftaincy affair, saying the security agencies must be proactive immediately such court decisions are made in future to avert unforeseen disasters.

He said it appeared that litigants in the Nanung, Dagbon and Buipe chieftaincy disputes were not always willing to accept verdicts which are not in their favour, even though it was they who sent the cases to the courts and houses of chiefs for arbitration.

He urged the security agencies to put in place adequate measures to forestall any untoward actions by any group or individual who may attempt to break the law.

Mr Bayor appealed to politicians and opinion leaders not to influence the resolution processes for any selfish interest to influence Election 2012.

He urged the Government and the Judiciary to investigate allegations of acts of impropriety in the courts to avoid disagreements on the outcome of the appeal on the Nanung case.

He asked the media to be peace sensitive in its reportage on matters regarding chieftaincy disputes.