NPP, NDC warned of breach of political code of conduct 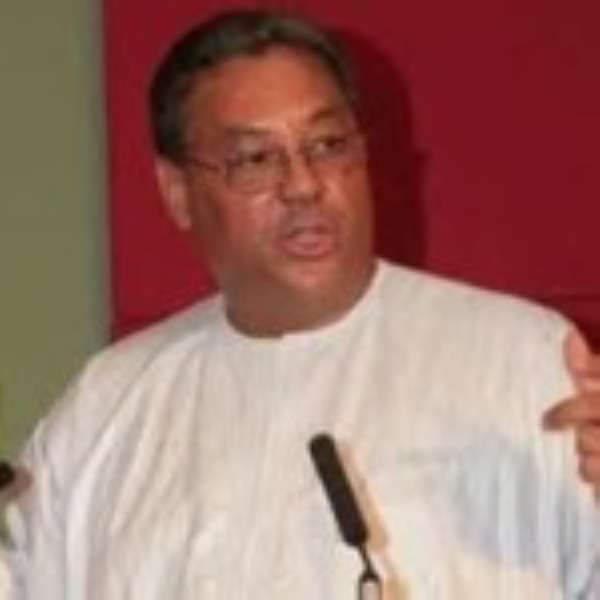 According to the statement, which was issued following a meeting between the National Enforcement Body and its progenitor, the Institute of Economic Affairs (IEA), 'Supporters and leaders of the political parties have been engaged in inciting violence using hate speech and statements, as well as accusations and counter-accusations. It has also been observed that the instances of violence and clashes are centered on the issue of registration of minors, aliens or non-residents'.

The findings of the meeting concluded that since the commencement of the Biometric Voter Registration exercise, 'there have been some instances of hate speech, inciteful statements, abuse of women, and violence affecting children  that are being perpetrated mostly by Members of the NPP and the NDC'.

The most recent and headline-grabbing incident of hateful and inciting statements have been surrounding the remarks of the NPP's MP for Assin North, Kennedy Agyapong. The Assin North MP accused the National Chairman of the NDC.

Dr. Kwabena Adjei, of encouraging underage youth to register in the biometric exercise and bashed the police for not enforcing safety at the registration centres.

In an interview on OmanFM, the Assin North MP made statements that led to his arrest and an NPP youth uprising at the Police Headquarters in Accra on Monday.

He told listeners, 'If the NDC wants to destroy the process [registration], we would aid them in doing so… For those of them training some people as security personnel and dressing them in uniforms… I said this in Mantse Agbona… , if you dress anybody in fake police outfit and present him, we will lynch him. If you dress up anybody in fake military attire, we will lynch him. This is war and I am telling Gbevlo Lartey that the war starts from now… Yes! I declare war today'.

Agyepong went on to say, 'If you are an Ashanti or Akan and somebody enters your shop, use whatever weapon you have to hit that fellow. We would beat all Gas and Ewes in the Ashanti Region, if this is how they want us to go'.

With regards to violence against women, the NPP parliamentary candidate for Ablekuma South, Ursula Owusu, was reportedly assaulted by alleged NDC supporters with broken bottles and sticks at the Tarzan registration centre in the Odododiodoo Constituency last week.

The National Enforcement Body noted that the actions of the NDC and NPP contravened the provisions of the Political Parties Code of Conduct 2012 that fall under the sections of Democratic Imperatives and Out-of-Campaign Activities in pages four and eight of the Code.

According to the National Enforcement Body, 'It appears though that the NDC and the NPP have not fulfilled their pledge as their supporters and members behave contrary to the very Provisions that their party representatives assented to. While making this statement we also wish to put on record the responsible behavior of the other parties in respect of the Code'.

Both the NPP and NDC assented to the Code of Conduct and its provisions at a workshop at Aburi on 21 August, 2011 where they agreed 'to demonstrate commitment to the enforcement and implementation of the Code by educating their members and supporters on the Provisions to the Code as well as disowning those who breach any of the provisions'.

The Body also reminded political parties, especially the NDC and the NPP that 'the roots of a thriving democracy are to be found in peace, stability, law, and order as well as compliance by all stakeholders with well-defined electoral laws and codes.

'Therefore, the political parties should be aware that they are being monitored by the Enforcement Bodies at the National and Regional levels before, during and after the elections and will not hesitate to sanction those found in breach of the Code'.