Nearly 40% of Egyptians undecided ahead of vote 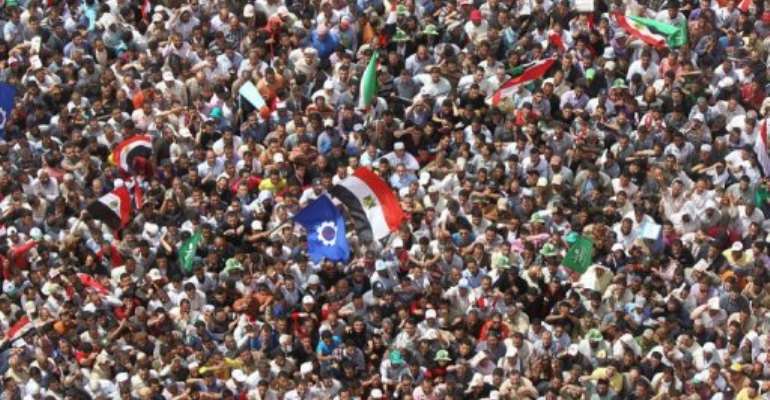 CAIRO (AFP) - Nearly 40 percent of Egyptian voters are undecided less than six weeks before the first presidential election since the ouster of veteran strongman Hosni Mubarak, a poll published on Saturday found.

A full 38 percent of respondents said they had yet to make up their minds which of the 23 candidates to vote for in the May 23-24 first round, the poll published by the independent daily Al-Masry al-Yom found.

Among the 62 percent who had decided, 20.1 percent said they would vote for Mubarak's long-time intelligence chief Omar Suleiman who briefly served as vice president before the president's overthrow in February last year.

The poll was carried out on April 10 by the Egyptian Institute for Public Opinion Research (Bassira) among a sample of 2,034 people aged 18 and over.

Respondents were asked: "Who would you vote for if the election were held tomorrow?"

Egypt's Islamist-dominated parliament on Thursday approved a bill that would ban members of Mubarak's regime from standing for public office, but it needs the support of the ruling Supreme Council of the Armed Forces to become law.