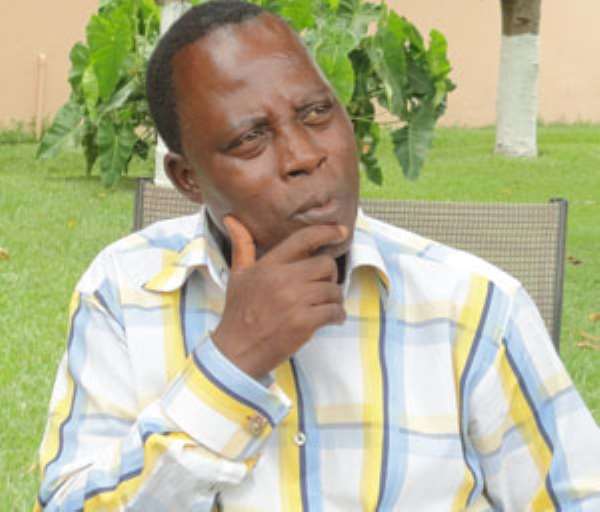 THE ATTORNEY -General's Department has filed an appeal against the discharge and acquittal of Prophet Nana Kofi Yirenkyi aka Jesus Onetouch, the founder and General Overseer of Jesus Blood Prophetic Ministry, who is alleged to have sexually abused his 10-year-old biological daughter.

Anthony Rexford Wiredu, the Principal state attorney who filed the appeal, was praying the Court of Appeal to quash a decision by an Accra High Court which set Jesus Onetouch free on grounds that the trial judge, Justice E.F. Dzakpasu, had erred in the said judgment.

On March 30, the High Court quashed a 10-year-jail term handed him by an Accra Circuit Court and acquitted and discharged Jesus Onetouch after observing that there were 'huge doubts' created in the prosecution's case made against him.

Justice Dzakpasu, who delivered a judgment in an appeal filed by Onetouch challenging his conviction, indicated that it was insufficient for the lower court, an Accra Circuit Court, to consider the evidence of the victim only to put the man of God in jail.

According to the judge, it was obvious that the evidence of the victim's mother, her aunty and investigator were based on the story of the victim and therefore was not enough bases for conviction.

The A-G, highly dissatisfied with the ruling, filed the appeal challenging the decision of the high court.

The notice of appeal was filed on April 12, but the date for hearing is unknown. The prophet is yet to be served with a copy of the notice.

According to the prosecutor, the decision ought 'to be set aside on the ground that it is unreasonable' having regarded the evidence before the court.

Also, the prosecutor noted that the 'high court's reason that the trial judge erred in relying solely on the evidence of the victim is wrong and unsupported by evidence or authority.'

He indicated that further grounds of the appeal would be provided later on the receipt of the judgment.

The facts of the case are that the victim, who was born out of wedlock, lived with the complainant, Madam Bernice Owiredu Asmaa, until 2005, when she left to live with the accused person at his McCarthy Hills residence in Accra, to attend school.

The prosecutor narrated that before 2008 and 2009, the accused started having sex with the victim before he organised church service each time.

In November 2009, the accused gave the complainant an opportunity to talk to the victim about some bad behaviour she was putting up and that it was during the interaction that the victim revealed her ordeal to her mum.

Based on the revelation, the child was sent to a medical doctor and later to the Police Hospital for further examination.

It would be recalled that on Thursday, January 20, 2011, Prophet Onetouch was slapped with a 10-year-jail term with hard labour by the Accra Circuit court for defilement and incest after an 11-month trial.

He later appealed against the conviction leading to his discharge and acquittal.

Justice Dzakpasu observed there was a serious doubt created by prosecution and the two doctors who conducted an examination on the victim as they had conflicting views of what might have caused the hymen of the 10-year-old victim to break.

Dr. Bedford Simon Sarfo, a gyaenacologist from Tetteh Quarshie Memorial Hospital who first examined the victim, said the vulva was normal and it was the hymen which was torn and that it could result 99 percent from sexual intercourse.

However Dr. Samuel Amu Mensah, a gynaecologist at the Police Hospital, refuted the claim that the hymen broke through sexual intercourse since all structures of the vagina with the exception of the hymen were intact.