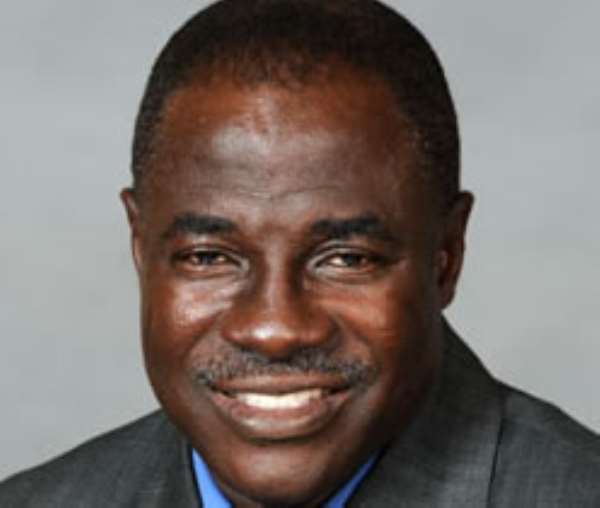 Kuntanase (Ash), April 13, GNA - Dr Joe Oteng-Adjei, the Energy Minister, has cut the sod for work to begin on the construction of a GH¢330,000 modern Information Communication Technology (ICT) resource centre at Kuntanase, capital of the Bosomtwe District.

The centre with a facility for post office is being funded by the Communication Ministry and it is expected to be ready within four months.

Dr Oteng-Adjei said over 300 computers would be installed at the centre and would be connected to the internet and it is hoped that this would significantly help to enhance the teaching and learning of ICT in the district and beyond.

He urged the contractors to work hard to finish the job on schedule.

Mr Edward Nti-Berko, the District Chief Executive (DCE), said the area had seen tremendous development within the last three years, a demonstration that the government's “Better Ghana” agenda is on course.

He appealed to the people to renew the mandate of the Mills Administration in the coming December general polls to continue with its good works and urged school children to take advantage of the improved academic environment to study hard and raise their performance.

Nana Premoh Kwagyan, Krontihene of Kuntanase, said they were to grateful Dr Oteng-Adjei for the numerous development projects he has helped to bring to the district.