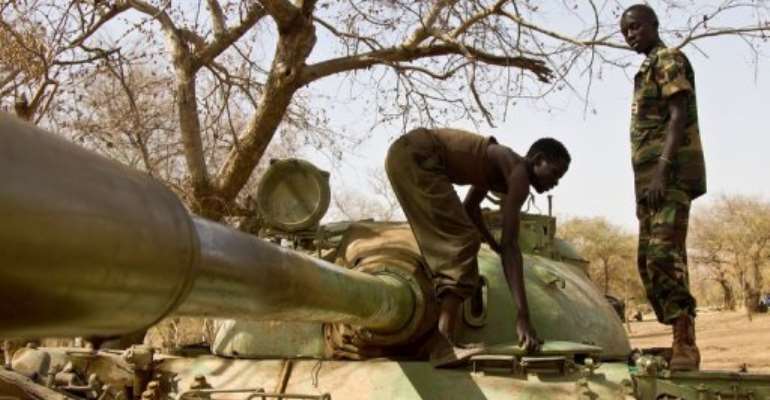 Bombs were dropped at dawn targeting a strategic bridge on the edge of Bentiu, which lies some 60 kilometres (40 miles) from the frontier, on the third straight day of violence.

The latest clashes brought the two former civil war foes closer to an outright war, after parliaments in both countries on Wednesday urged their respective citizens to take up defences.

"Our position is not to go to war except in self-defence" Atem said, adding that there were no reported casualties from Thursday's raid.

Atem said the bridge was near a United Nations compound, slightly outside the town and on the road leading north to the frontline.

Khartoum has vowed to react with "all means" against a three-pronged attack it said South Sudanese forces had launched against Sudan's South Kordofan state, including the Heglig oil field.

"I think they want to disable communication and transport -- they said they were going to destroy the South," Atem added.

The African Union, United Nations and the United States have called for restraint and voiced deep concern at the esclation of violence which saw South Sudan's army seize the Heglig oil region.

In response, Khartoum has pulled out of AU-led crisis talks aimed at resolving the protracted dispute over oil, border demarcation, contested areas and citizenship issues.