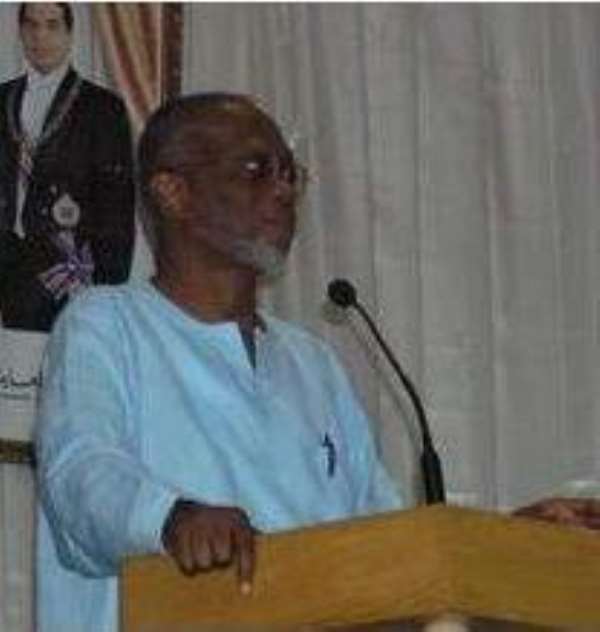 CORRECTED REPITITION
Accra, April 10, GNA – Professor Akilakpa Sawyer, a Member of Council of State, on Tuesday appealed to the media not to allocate inordinate amount of airtime and space to trivial subject matters that disturbed the country's peace.

Prof. Sawyer said the media owed the citizenry an obligation to check or censor unnecessary matters that had the potential of disrupting the country's democratic credentials.

He made the call at the launch of Ghana Journalists Association (GJA)'s Project to support Election 2012.

The project supported by STAR-Ghana and facilitated by KAB Governance Consult, is on the theme: “Using the Media to Enhance Transparency and Credibility of 2012 Elections.”

Prof Sawyer called on media owners and practitioners to be circumspect and go beyond the threshold of financial gains to inform the citizenry on developmental issues as well as to push socio-economic agenda forward.

He said the media needed to provide the electorate authentic electoral information “Because widespread lack of understanding of the electoral system is an obstacle to credible elections.”

On the GJA Project, Dr Afari-Gyan expressed confidence it would serve as useful lessons for aspiring leaders to willingly listen to the concerns and expectations of stakeholders.

“If done well, the Project will enhance the transparency and credibility of Election 2012,” he added.

Dr Afari-Gyan cautioned however, that the slightest perception of bias in the execution of the Project could easily undermine what it sought to achieve.

He said the Project had the potential of making the electorate become familiar with the vision of presidential candidates and how they intended to tackle the nation's challenges.

Dr Afari-Gyan called for a level playing field for all the presidential candidates in discussing their manifestos, including those who would contest as independent candidates.

He said he was hopeful the Project would help promote the consolidation of the country's democracy.

Mr Ransford Tetteh, President of GJA, described the Project as the Association's modest contribution towards the success of Election 2012.

He said it gave further thrust to the Association's quest to inspire excellence amongst the media in living up to our Guidelines on Election Coverage.

On programmes outlined under the GJA Project, Mr Kwasi Afriyie-Badu, Chief Executive Officer of KAB Consult, said three constitutional bodies, the EC, National Commission on Civic Education (NCCE) and National Media Commission (NMC) would be given the platform to discuss their contributions towards a peaceful and free and fair Election 2012 at a media and civil society forum under the first phase of the Project.

He said the second phase would offer spokespersons of political parties discussing their manifestoes under four thematic areas, education, health, food security and energy including oil and gas.

Mr Afriyie-Badu explained that the forum would offer the media and civil society groups the opportunity to interact with political parties and their representatives on their manifestoes.

He said other programmes to be rolled out under the Project would include televised and radio programmes and data analysis of elections with the collaborative support of the Research Department of Electoral Commission.

Mr Bright Blewu, GJA General Secretary, announced that GJA would soon roll out a regional training for reporters on the upcoming elections.