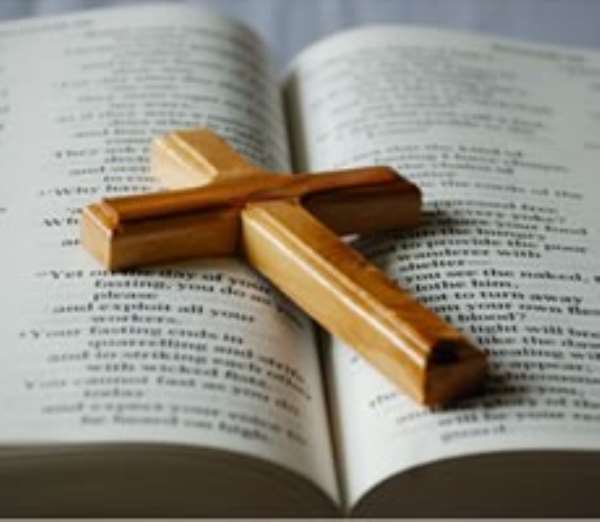 Christians were on Good Friday admonished to make time to study the Bible in order to understand its secrets.

According to Reverend Professor Kingsley Larbi, Rector of the Regent University and Associate Pastor of the Pentecost International Worship Centre (PIWC), Atomic, human beings have failed to yield to the command of God to take dominion over their world and have therefore allowed fear and unbelief to open the gates of diseases, death, wickedness and extreme poverty among other things.

Rev. Larbi, was delivering a sermon on the topic: "The Authority of Scriptures", which emerged from the Church's Easter conference broader theme: "What is Written is Written", and quoted from John 19:22.

The service which formed part of the church's Easter conference, had all the English Assemblies in the Madina area gathering in the auditorium of the PIWC at Atomic near Accra.

However, unlike other congregations, who had people clothed in black, depicting a state of mourning, people wore their normal church dresses, but listened attentively as the preacher schooled them on the purposes of several Bible passages concerning the true meaning of what were written in the scriptures.

Rev. Larbi explained the occasion of Easter as being all about the authority of God and the fact that He was able to accomplish what He promised to do according to the scriptures through His son Jesus Christ.

He said many had questioned the authenticity of the power of the scriptures, saying its verses were contradictory.

According to him, the scripture could never contradict itself as some had suggested, rather it was better that Christians devoted much time to study the Bible, comparing the different versions in their studies in order to understand their true meaning and the mind of God for humanity.

Rev. Larbi attributed the current confusion in Christendom to the failure of most Christians to compare other versions of the Scripture to know the truth, but had often gone ahead to interpret it according to their own way of understanding without allowing the intrusion of the Holy Spirit.

He said it was obvious that the kind of spiritual inspiration today was different from what pertained in the Old Testament time with the coming of the Holy Spirit, adding “it has now given believers a better understanding of the scriptures".

He said Christianity must be practical, therefore believers needed much knowledge about God's mind concerning their lives and believing in the power of the scriptures to decreeing against the negative things in their world.

Rev. Larbi said it was worrying how Christians have failed to take possession and authority over their world, but rather allowed their inactions and laziness to create hardships for them.

He said the power of the scriptures had on countless occasions been proven as real as it was in the olden days and admonished Christians to explore its powers and decrees in their war against the adversary in order to prove the power of God concerning their lives.