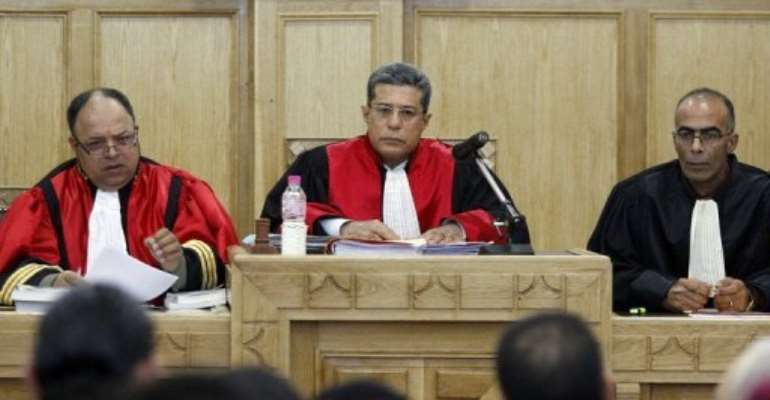 "The verdict was pronounced Saturday in a closed door session," said one of the defence lawyers, Abada Kefi, who said he would take the case to a higher court.

The appeals court confirmed the five-year prison sentence handed down in absentia against Tunisia's ex-strongman Zine El Abidine Ben Ali, who fled the country in January 2011 after a popular revolt and has been living in exile in Saudi Arabia, a military judicial source said.

Defence lawyers had argued that the accusations were baseless and charged that the trial was politically motivated.

"There is no evidence. The case touches on what was a state security issue in 1991 and Ben Ali would not allow anyone close," Kallel's lawyer Kefi said.

The case is known as the "Bakaret Essahel affair", named after a village 45 kilometres (28 miles) south of the capital Tunis where officers were accused of holding secret meetings in 1991 with a view to toppling Ben Ali.

They were handed over to the interior ministry by their superior and are alleged to have been severely tortured in cells of the state security services.

Most leading figures in Ben Ali's regime either fled or were arrested after last year's uprising and Tunisia is now governed by a coalition of former opposition parties.