Mali junta agree to stand down in amnesty deal

By Serge Daniel and Coumba Sylla 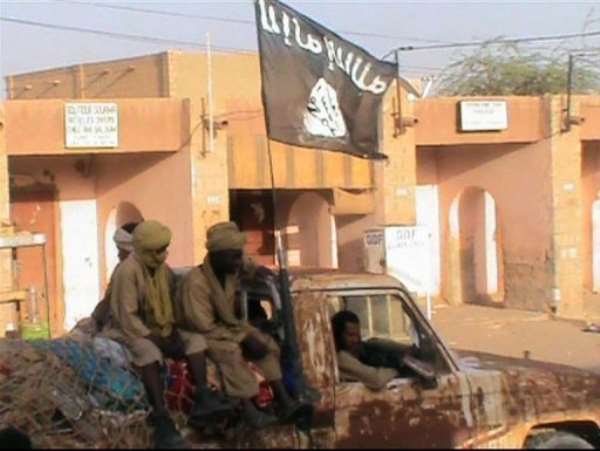 BAMAKO (AFP) - Mali's military junta and the West African bloc ECOWAS have announced a deal that includes the lifting of sanctions and an amnesty for those involved in last month's coup.

The agreement provides a framework for a return to constitutional rule under an interim leader who will oversee democratic elections and handle the crisis in the north, where Islamists and Tuareg rebels have seized control.

It came after Mali's Tuareg rebels declared independence Friday in the north, a move rejected by the international community and the Islamist insurgents they fought beside, as fears grew of a humanitarian crisis.

The United States, Africa and Europe dismissed the National Movement for the Liberation of Azawad's (MNLA's) declaration of independence.

The declaration, long a goal of Tuareg rebels, is a bid to formalise the situation on the ground.

A democratic success since its last coup 21 years ago, Mali is now roughly divided into a Tuareg rebel-controlled north and junta-controlled south.

He also said President Amadou Toumani Toure, who was overthrown on March 22 and has not been seen since in public, should be able to live where he wants under army protection.

Bassole, speaking on behalf of ECOWAS Mali negotiator Blaise Compaore, the president of Burkina Faso, said: "We wanted... Toure to be allowed to return to the house of his choice and that he could also be protected by the defence and security forces."

He was speaking at Kati near Bamako, the headquarters of the junta, whose head, Captain Amadou Sanogo, read out the accord signed with the Economic Community of West African States (ECOWAS).

At the same place coup leader Sanogo had announced Tuesday that the junta planned legal action against Toure for "high treason and embezzlement."

The text of the deal was signed by Bassole and Sanogo, with Ivorian Minister for African Integration Adama Bictogo and Nigeria's Foreign Minister Nurudeen Muhammad as witnesses.

Under the agreement, to be carried out "under the aegis of the ECOWAS mediator and with the support of the international community," the speaker of the national assembly would become interim president with a transitional prime minister and government.

The single-chamber Malian parliament is headed by Dioncounda Traore, who is currently abroad.

The accord states that the interim president would have "a mission to organise a presidential election in the constitutional timeframe of 40 days."

However, given the "exceptional circumstances... due to the institutional crisis and the armed rebellion in the north" it would be impossible to hold elections within 40 days and so it was "indispensable to organise a political transition" until electoral lists could be revised and "accepted by all."

On April 2 ECOWAS decided to clamp an immediate total embargo on Mali, a north African country of 15 million inhabitants, in a bid to return to constitutional order after the March 22 military coup.

The embargo included the closing of all borders of ECOWAS states with Mali except for humanitarian reasons, closing to Mali access to ECOWAS ports, and the freezing of Malian bank accounts.

Complicating the picture in the African nation, a radical Islamist group, Ansar Dine, has exploited the chaos to swoop in and instal sharia law in parts of the north.

While for a time the Islamists fought in concert with the MNLA, they have given short shrift to their independence plans.

Hamaha was speaking in a video obtained by AFP and France 2 television, filmed on Tuesday and Wednesday after the Islamists' takeover of the fabled city of Timbuktu.

While the Islamists appeared to have the upper hand, the separatist MNLA on Friday morning declared the independence of their desert homeland, which they call Azawad, and where several rebellions have played out in past decades.

This latest one was fuelled by a flood of weapons -- and returning Tuareg fighters -- from Libya following Moamer Kadhafi's downfall.

"We solemnly proclaim the independence of Azawad as from today," Mossa Ag Attaher, a Paris-based MNLA spokesman said on France 24 television, confirming a statement on the group's website.

He told AFP the group was ready to help fight the "terrorism" of Al-Qaeda in the Islamic Maghreb.

But the international community swiftly rejected their proclamation.

The African Union dismissed it as "null and of no value whatsoever", while the European Union and United States both called for respect of Mali's "territorial integrity".

Amnesty International warned that north Mali was on the brink of a "major humanitarian disaster".

More than 200,000 people have fled since the rebellion began in mid-January.