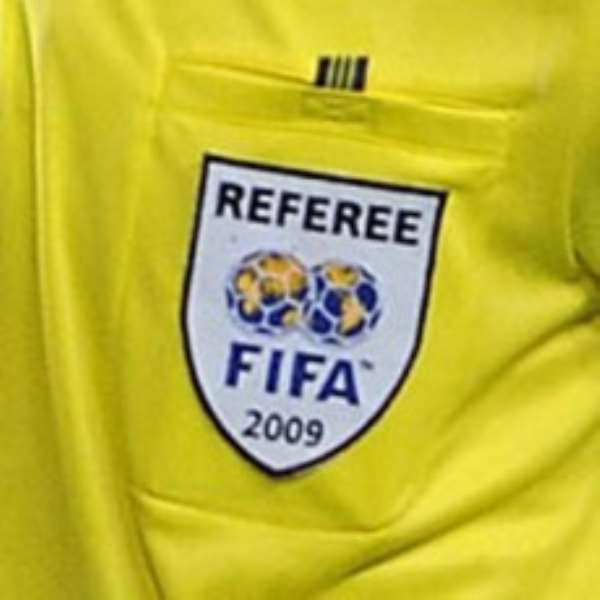 Accra, April 5, GNA – The Ghana Football Association (GFA), has released the list of referees for the 23rd week Premier League matches at the various venues at the week-end.

According to the release fixtures copied to GNA Sports, referee Samuel Gyasi will handle the game between Tudu Mighty Jets and Aduana Stars at the Accra Sports Stadium on Saturday, April 7, to be assisted by Tanko Ganiyu and Eric Nanteire, with S.B. Bortey as the fourth official.

The game between Bechem United and Tema Youth at the Bechem Park will be officiated by Samuel Sukah with T. O. Kamkam and Micheal Asare as assistants whilst Vincent Otoo takes up the role of the fourth official.

Referee Cecil Fleisher has been handed the game between Berekum Arsenals and Liberty Professionals at the Golden City Park, Berekum. He will be assisted by Safo Adade and Samuel O. Boateng with O.B. Amankwah as the fourth official.

At the Kpando Park, Heart of Lions will take on Medeama SC with Nuhu Liman as the middle man to be assisted by Dawood Ouedraogo and Joseph Sey. Joseph Lamptey will be the fourth official.

Referee Sumaila Ibrahim takes charge of the New Edubiase and Ebusua Dwarfs game. He will be assisted on the lines by Abigail Sowah and Sylvester Bonuadzi with Samuel K. Yeboah becoming the fourth referee.

Silas Okine will be in charge of the match between Wassaman FC and League leaders Kumasi Asante Kotoko. Augustina Fugah and E. O. Ankrah will be his assistants, whilst Daniel Offei takes up the role of the fourth referee.

The game between Accra Hearts of Oak and Wa All Stars at the Accra Sports Stadium on Sunday, April 8, will be officiated by Osei Agyeman and Emmanuel Baah with Joe Baffoe as the fourth official.

In-form AshantiGold's home game against Berekum Chelsea at the Len Clay Stadium, Obuasi will be handled by Charles Dowuona with J. B. Smith and Kofi Asare as the assistants, with Fred Andoh as the fourth referee.