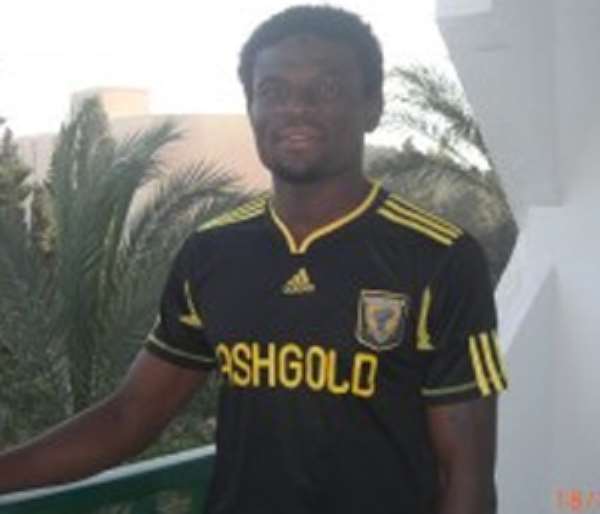 Ashgold's safest pair of hands Fatawu Dauda has linked the club's current stellar performance to management and the playing body's commitment to go the extra mile for the club.

The soccer miners, until recently were struggling in the local league, but the arrival of former Black Stars player Yaw Acheampong to head the technical department together with some managerial expertise orchestrated by its CEO Kudjo Fianoo has seen the club leapfrog to the second spot.

They have gone past six games unbeaten, winning all both on home and foreign soils.

And the goalkeeper explained on Happy FM that: 'I think the credit must go to management, they have changed things for the better, especially with our winning bonuses.'

'Every player wants to play and win because of the recent fat purse and that has created a healthy competition among the playing body,' added Fataw.

Reacting to whether current league leaders Asante Kotoko are home and dry, he noted: 'It's a race, and until the final whistle, we will keep pursuing them on the table.'

Ashgold were in the last five on the table under Croatian manager zdravko Lugarusic , who was sacked for non performance, making way for Acheampong.