PPP not yet a credible third force in Ghanaian politics: Kpessa Whyte 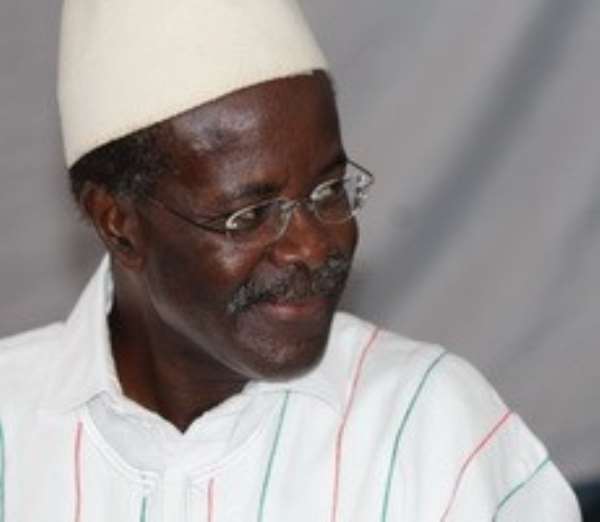 Political analyst, Dr. Kpessa Whyte says it would take the Progressive People's Party (PPP) a long time to be recognized as a credible third force in Ghanaian politics.

He said the PPP is struggling for recognition alongside the two dominant political parties - the opposition New Patriotic Party (NPP) and the ruling National Democratic Congress (NDC) - that have dominated Ghana's political scene for years. But he stated “it's probably going to take them a very very long time”.

Commenting on Dr. Paa Kwesi Nduom's acclamation as flagbearer of the party he founded on Joy FM's Super Morning Show Wednesday, Dr. Whyte said he did not expect otherwise. The popular acclamation was done by constituency members of the party across the country.

But the political analyst has cautioned that history has shown that it is dangerous to build political parties around individuals. "Moreover if the PPP wants to be seen as a reliable third force, then it must espouse clear ideas that make them different from the other political parties and stop focusing on the upcoming elections in December" Dr. Whyte added

“I have heard Dr. Paa Kwesi Nduom talk about change and not change of the same kind but I haven't heard any substantive policy in terms…of how differently they will deal with (issues)…” and how those policies will be implemented. “This is the only way I believe Ghanaians will begin to take them serious,” Dr. Whyte insisted.

Admitting that the country impatiently expects some positive transformation in the political arena, Dr. Whyte said he doubts Ghanaians would settle for just any party. “I think that Ghanaians are beginning to be critical, they are not necessarily going to vote for a political party for change just for the sake of change.”

He added that the nature of Ghana's electoral system itself – winner takes all – poses significant challenge for the PPP. He said the two big political parties would continue to dominate the scene if reforms are not made in the electoral system. Dr. Whyte urged the PPP to study the NPP and the ruling NDC to examine areas the party can capitalize on to stand out.

He suggested the party should move to rural localities, meet and interact with the people and design policies relative to their needs instead of using the media.

For him, the PPP appears more to be contesting its'mother party' the Convention People's Party (CPP) and not gearing up for general elections.