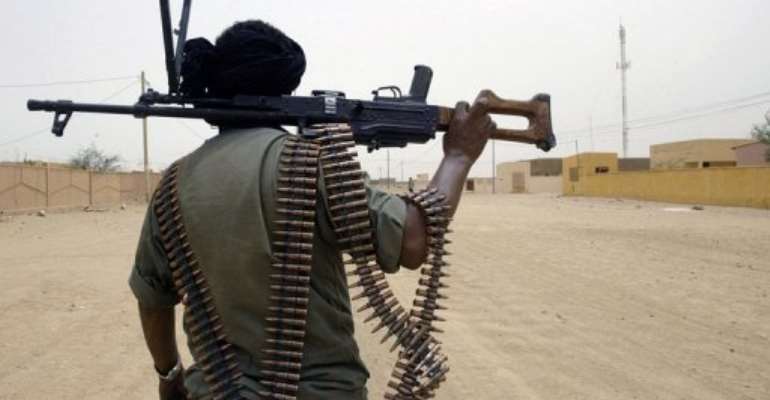 A Malian government soldier patrols in the north. By Kambou Sia (AFP/File)

PARIS (AFP) - Mali's Tuareg rebels, who have taken much of the country's entire north during an unprecented offensive, have been spotted near the central town of Mopti, a French minister said Tuesday.

Asked by Radio France International if the rebels could take control of other central towns, French Cooperation Minister Henri de Raincourt said, "there has been information indicating that there could be rebel movements approaching", while confirming that rebels were "around Mopti".