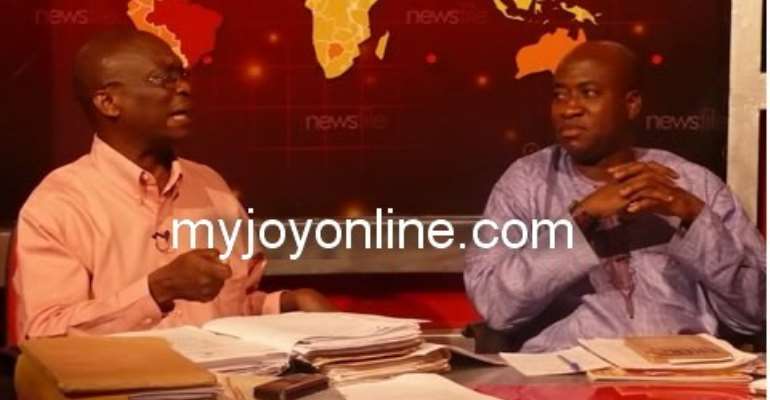 It is rather ironic, albeit all-too-predictable, for the deputy coordinator of communications of the National Youth Employment Program (NYEP), a program established by the Kufuor-led New Patriotic Party (NPP), to be accusing Nana Akufo-Addo of being too abrasive to assume the presidency of Fourth-Republican Ghana (See “Bawumia Not a Problem for NPP but Nana Addo Himself – NDC Activist” Modernghana.com 3/31/12).

Maybe it would be rewarding to enlighten Mr. Murtala Mohammed about the indisputable fact of President Nkrumah's having been the most abrasive and hawkish among both Ghanaian and African leaders. And yet, such abrasiveness as he clinically possessed did not prevent the African Show Boy from being erroneously perceived as Africa's most significant politician of the twentieth century.

And, if one may pertinently ask: Did Nkrumah really possess any progressive agenda for his country's socioeconomic and cultural advancement that any of his rivals and ardent opponents woefully lacked? And the correct answer, of course, is a resounding “No!” To be certain, the Show Boy was veritably as much a product of his generation and epoch as any other reputable contemporary Ghanaian leader.

It is also edifying to observe here, at least in passing, that the most influential and politically successful Ghanaians were all “hawks,” in the sense in which the deputy communications coordinator of NYEP prefers to appropriate the term. And, of course, contextually speaking, this cast of characters include Messrs. Nkrumah, Kotoka, Afrifa, Rawlings and Acheampong. The three political “doves” who ever wielded the reins of governance in Ghana, namely, Drs. K. A. Busia and Hilla Limann and Gen. F. W. K. Akuffo are today reckoned to be marginal leaders, that is, if they are even so recognized at all. Mr. Kufuor, of course, is a transitional figure who does not fall into either of the two preceding leadership categories; Dr. Atta-Mills, on the other hand, is a timorous and hybrid political hack who saprophytically and vulturously feeds on both categories by proxy. In simple terms, such a personality goes by the accolade of a hypocrite. And the tragedy of it all inheres in fact that at 68, Uncle Tarkwa-Atta has yet to fully come into his own, as it were, whatever this may mean. One thing, though, is clear: the man greedily and happily feeds frenziedly on the epic and bizarre foibles of his minions, perhaps in a studied bid to making himself appear like a behavioral gold standard – and in a remarkable way, he has been able to fool quite a slew of his countrymen and women.

At any rate, it is not quite clear precisely what Mr. Murtala Mohammed hopes to gain by cynically labeling Nana Akufo-Addo a hawk, the former's glaringly nasty and impish mien notwithstanding. In sum, if one decides to go by the definition proposed by NYEP's communications second-bananas, then, of course, any keen observer of the 55-plus years of modern Ghanaian political culture cannot but unreservedly conclude that the 2012 New Patriotic Party presidential candidate is smack-dab in good company, speaking of potential leadership longevity; whereas the incumbent pseudo-socialist leader of the National Democratic Congress, President John Evans Atta-Mills, may be aptly envisaged to be a spineless and pathologically indecisive chief-of-state whose greatest achievement has largely been the ignoble acquisition of the near-unique accolade of gaily presiding over a clinically retarded rhetorical culture of abuse and scurrilous vulgarity. And this is plainly why the NDC operatives have a lot to be jittery about going into Election 2012.

It is also hardly flabbergasting that while President Mills has made the nepotistic distribution of cheap uniforms to elementary school pupils the high water-mark of his national education policy (remember his deliberate and politically convenient decision to start with the Central Region), the far more astute and foresighted Nana Akufo-Addo should be aiming at making both elementary and secondary education tuition-free and/or affordable to all capable Ghanaian youths. Of course, in opting for the more economically savvy educational policy, Nana Akufo-Addo clearly appears to have the long-term development of the country at heart, while in opting for the rather obscenely cheap school-uniform distribution approach, President Mills sadly appears to be focused on Election 2012 as the final destination of both his lackluster leadership and legacy. And this is precisely where the Ghanaian voter ought to be on the lookout, so as not to be taken for a ride by Tarkwa-Atta the second-time around.

Mr. Murtala Mohammed also speaks with a forked tongue when the NYEP subaltern impugns the political credentials of the NPP presidential candidate. And were he half-conscientious, the Akufo-Addo critic would have readily recognized the fact that the recent epic failure of President John Evans Atta-Mills to summarily and arbitrarily muzzle up the privately-owned Multimedia Group, the corporate parent of radio stations Joy-Fm and Adom-Fm, among a host of others, directly stemmed from the enviable Akufo-Addo and the Kufuor-led New Patriotic Party legacy of repealing the hitherto taken-for-granted perennial and barbaric anti-media Criminal Libel Law/Code.

Needless to say, when it comes to serious legal practice in the country, as even most remarkable legal lights and his peers would readily attest, Nana Akufo-Addo is undoubtedly the professional equivalent of an entrepreneurial “Gold Standard.” And we would even fearlessly go a step further to label Ghana's former Attorney-General and Minister of Justice the “Diamond Standard” of legal and democratic political culture in the country. And when he boldly and bitterly asserts that the infamous Woyome “Gorgormi” scandal could never have occurred under his presidential stewardship, you can readily bet your proverbial bottom-Cedi that Nana Akufo-Addo knows exactly what he is talking about.

You see, Mr. Murtala Mohammed may conveniently not remember this, but most eligible Ghanaian voters still vividly recall the morally shameful threat by the putative “King-of-Peace” (or “Asomdwoehene”) to literally reduce the country to a Kenya-type apocalypse in the lead-up to Election 2008, in the event of the two-time failed National Democratic Congress' presidential candidate being rejected by the Ghanaian electorate the third time around. We remember this sorry-assed promise because the then-Candidate John Evans Atta-Mills, boyishly accompanied by one of the grizzled Trokosi Boys, was summoned into the Greenhill official residence of the British High Commissioner to Ghana to clarify his rather primitive un-Ghanaian remark.

*Kwame Okoampa-Ahoofe, Jr., Ph.D., is Associate Professor of English, Journalism and Creative Writing at Nassau Community College of the State University of New York, Garden City. He is Director of The Sintim-Aboagye Center for Politics and Culture and author of “Danquah v. Nkrumah: In the Words of Richard Mahoney,” a forthcoming volume of short essays. E-mail: [email protected]