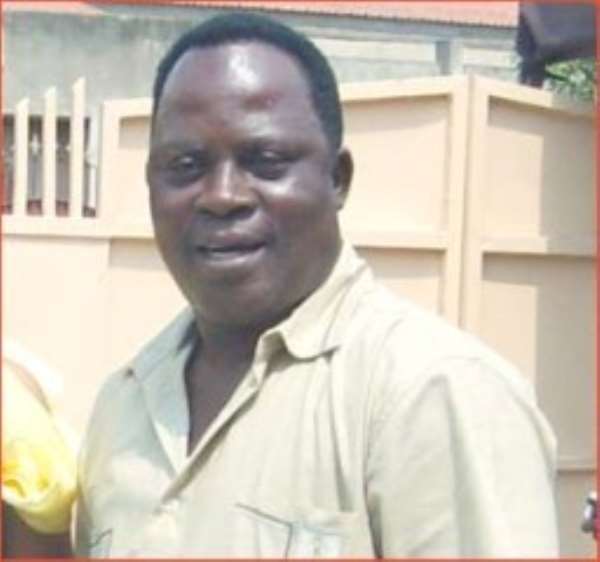 Accra March 30, GNA- Prophet Nana Kofi Yirenkyi, a.k.a Onetouch, the founder and General overseer of Jesus Blood Prophetic Ministry, who was jailed 10 years for defiling his daughter, was on Friday acquitted and discharged by an Accra High Court.

This was after the High Court had overturned the decision of the Circuit Court which imposed the 10 year old jail term on Nana Yirenkyi.

His release by the court brought spontaneous joy among his relations and sympathizers who thronged the court this morning to listen to the hearing.

Nana Yirenkyi, who was charged with defilement and incest, was in lawful custody at the Nsawam Medium Security Prisons when the judgment was read this morning.

The court presided over by Mr Justice Emmanuel F. Dzakpasu noted that there was “huge doubts” in the evidence of the prosecution during the trial.

According to the court, the act of proving guilt beyond reasonable doubt was not only subjective but an objective test.

The court noted that there was no forensic evidence of some of the records for which prosecution's evidence was based on.

Among issues also quizzed by the court were in relation to how two prosecution witnesses, namely the two medical doctors' reports which had two conflicting views about the victim.

While both doctors held the view that the victim's hymen was broken, the reports could not tell that it was as a result of Yirenkyi defiling her.

It wondered why the prosecution failed to contest the two views of the medical doctors despite the doubts in the respective reports.

According to the court, hymeneal damaged according to one of the reports could be caused accidentally or by the mother washing the private part of the victim and not only through sex.

The court noted that it was dangerous for the lower court to also rely on the victim's evidence adding that the evidence of the victim's mother and other witnesses were based on what the victim had told them.

In relation to alibi put in by Onetouch, the trial judge questioned why the case investigator failed to investigate the alibi of Nana Yirenkyi and ascertain whether the victim could also be followed for her truancy at school.

Mr K.N Adomako Acheampong, counsel for Onetouch, held the view that the victim could not have survived if his client had defiled her.

According to him, the victim could have fallen sick or suffered from some vagina discharges as a result of that.

Defense Counsel after the judgment expressed his delight over the ruling saying “justice had finally prevailed.”

He lamented over the trial by the public and media saying, “I am happy that finally the truth had prevailed.”

Mr Rexford Wiredu, Principal State Attorney in the case, was however absent.

It would be recalled that Mr. Wiredu before the legal break in July 2011, rested the judgment of the appeal which was to be delivered by Justice Dzapkasu.

This was after Mr. Wiredu had swallowed his earlier decision not to contest the appeal.

The state therefore contested that the case and a date was fixed for judgment to be delivered.

However on the day the High court was to deliver the judgment, it announced that it had received some documents put in by human rights groups and as such would like to consider those documents and adjourned the matter.

Prophet Jesus Onetouch was last year slapped with a 10-year-jail term in hard labour by an Accra circuit court for defilement and incest.

He however bounced back after serving five months of his jail term and filed an appeal challenging the verdict by the Circuit Court on the grounds that the judge erred in delivering such judgment when the defence had created sufficient doubts in the case of the prosecution.

Onetouch in his appeal prayed the High Court to quash the decision of the lower court because it was an erroneous decision and that there were some much doubt in the case of the prosecution evidence.

The facts of the case are that the victim, who was born out of wedlock, lived with the complainant, Madam Bernice Owiredu Asmaa, until 2005, when she left to live with the accused person at his McCarthy Hills residence in Accra, to attend school.

According to the prosecution, between 2008 and 2009, the accused defiled the victim before every church service.

In November 2009, the accused person granted the victim's mother the opportunity to talk to her because she was putting up a bad behaviour, the Prosecutor told the court.

The Prosecutor further noted that it was during the interaction that the victim revealed her ordeal to the complainant, who reported the case to the Police.