US offers $120 million for Sahel hunger 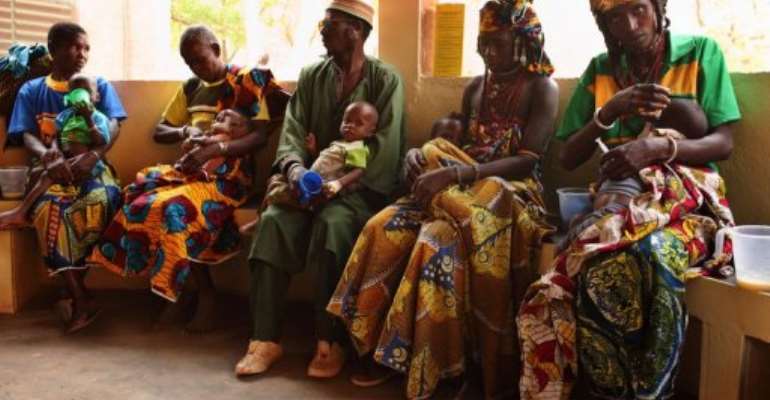 Parents feed their malnourished children with enriched milk on March 21, at a hospital run by a French NGO. By Raphael de Bengy (AFP/File)

Clinton announced the aid after a UN appeal in February for $725 million in urgent assistance for the Sahel, the latest food concern in Africa following a famine believed to have killed tens of thousands in Somalia last year.

The Sahel -- which includes Burkina Faso, Chad, Mali, Mauritania and Niger -- has been hit hard by a drought, high food prices and regional conflict.

Clinton said that the United States was making the contribution "in response to current needs, including protection and assistance for refugees, and to prevent a potentially much more serious situation."

With the announcement, the United States is providing nearly $200 million in humanitarian assistance to the Sahel in the current fiscal year, Clinton said in a statement.

The assistance comes despite a US decision to suspend non-humanitarian assistance to Mali after a mutiny by army soldiers ousted the elected government last week.

UN agencies have voiced concern about a shortfall of funding for the Sahel. UNICEF, the United Nations children's agency, recently warned that up to 1.5 million children under five risked severe malnutrition.

Despite pressure to cut US spending, President Barack Obama's administration has made food security a key priority through the "Feed the Future" program aimed at addressing root causes of hunger around the world.

Clinton said that the United States was providing therapeutic food for malnourished children in the Sahel but was also looking at long-term solutions.

"We are working to help vulnerable families and communities buy locally available food and services, while developing small-scale projects and infrastructure that can help build the resilience necessary to withstand future drought," she said.

The United States provided some $935 million during the famine in Somalia and neighboring countries, according to US officials.

The United States has pledged to keep supporting long-term plans to fight hunger on the Horn of Africa, such as vaccinating livestock.

But aid groups Oxfam and Save the Children in a report in January said that donors could have prevented many deaths on the Horn of Africa if they had acted more quickly.