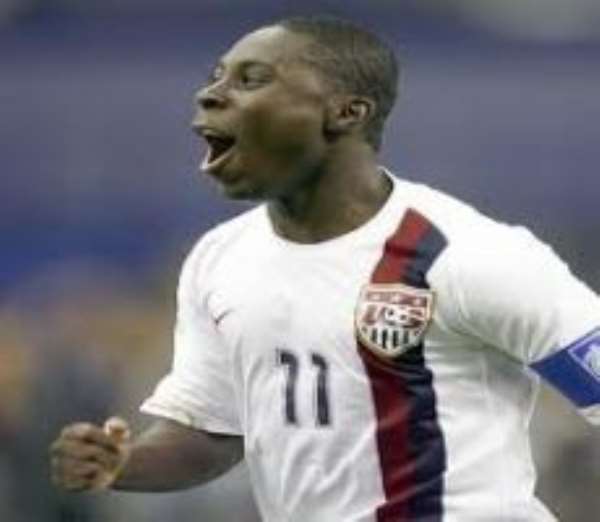 Ghana-born midfielder Freddy Adu was named captain of the USA Under-23 side that will try to qualify for the London Olympics at the CONCACAF regional tournament on home soil this month.

Adu, who plays for Philadelphia Union of Major League Soccer, was on the 20-man USA roster announced on Tuesday by coach Caleb Porter.

"We feel very confident about the team we've put together to help us achieve our goal of qualifying for the Olympic Games," Porter said. "This group is united and ready for the challenge."

Adu joined DC United of MLS at age 14 in 2004 as a highly touted prodigy, becoming the youngest US pro athlete in 115 years, but struggled the past four years with European clubs in France, Portugal, Greece and Turkey.

The Americans were drawn into qualifying Group A with Canada, Cuba and El Salvador and open play against Cuba on Thursday at Nashville, Tennessee, with games against Canada on Saturday and El Salvador on Monday.

Group B includes Mexico, Honduras, Panama and Trinidad and Tobago and will play group matches in Los Angeles.

Two teams from each group advance to the semi-finals and semi-final match winners on 31 March will qualify for the Olympics with the tournament final on 2 April.

The only change to the roster from the prior training camp line-up was the addition of Sheanon Williams to replace defender Josh Gatt, who was recalled by Norwegian club side Molde. The US squad includes 14 MLS players.