THE EURO, THE EU AND THE FUTURE.

By The Insight Newspaper 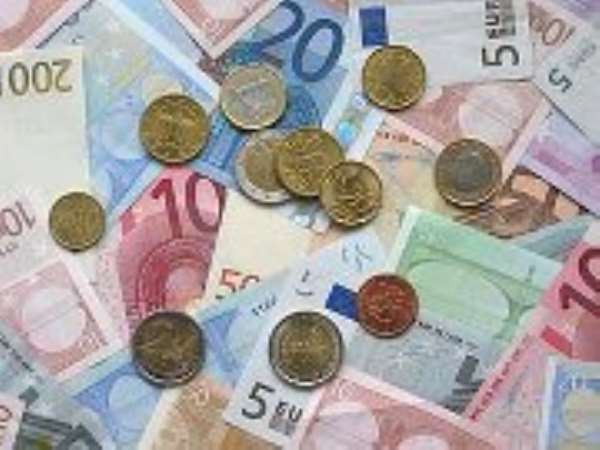 The financial crisis in Greece came as no surprise to me at all because of the reasons that were stated for the introduction of the Euro in the early 90s.

I was quite, though not very surprised the proponents of the Euro and all the financial experts, especially the European ones, did not see this problem coming.

I am saying this because way back in 1990 when the idea of a European union and a subsequent single European currency was mooted, the reasons put up were not really scientific.

The first reason was that the US dollar was over valued since the US had a very large budget deficit and under normal circumstances the bigger a country's debt, the lower the value of the currency.

2 The proponents of the Euro were a little selfish in coming up with the second reason. They cited the size of the population of Europe with the conclusion that trading themselves will be very beneficial.

The forth is that a single currency will stabilize prices around the zone. A single currency need not result in the stabilization of prices since within the smallest countries, prices are not the same all round.

PROBLEMS THE PROPONENTS OF THE EURO FAILED TO RECOGNIZE.

a. The proponents however refused to acknowledge the fact that the dollar is the Reserve Currency and it will take some doing to have it replaced.

b. The US is a very big exporter and that keeps its currency attractive.

c. They also failed to realize that Japan has a strong economy and therefore is able to keep its exchange rate on target by selling dollars and buying them back when the need arises.

d. The proponents also failed to realize that not all the European economies can handle a strong currency. The people woke up one day to find that the currency is now strong but economic activity did not support it. A strong currency required a higher adjustment in the salary structure and pressure will come to bear on the govt to deliver and that is where the problem hits hardest. Greece is not the only country to find itself in this situation. A strong currency does not mean a strong economy.

e. One other problem is the financial commitments that each country has to contribute to the union. All the countries may not be able to all these commitments due to their financial standing.

f. The proponents failed to recognize the fact that it will be very difficult howbeit impossible for these kings and queens to surrender their sovereignty because of the rivalry with the US.

g. There is this issue and I cannot determine whether the proponents of the Euro did not foresee or deliberately went ahead with it knowing very well what they were doing.

I don't want to believe that the proponents of the EU wanted a way to colonize Europe by using the bargaining power of the bail out funds after the countries have found themselves in financial crisis that is happening today.

I shudder to say this but I have to, I do not want to believe that the idea of Hitler colonizing the world is being put into effect here considering the role of Germany in this Euro issue.

h. They also knew that most of the European countries did not have the sort of economy to be able to sail through on a strong currency since salaries will rise with the adjustment, then prices of goods from these strong currency countries will be expensive and that will reduce exports and subsequently its revenue therefore the country will have to borrow to meet its obligations, and the members will be required to make contributions to the head quarters of the union which for sure will create problems.