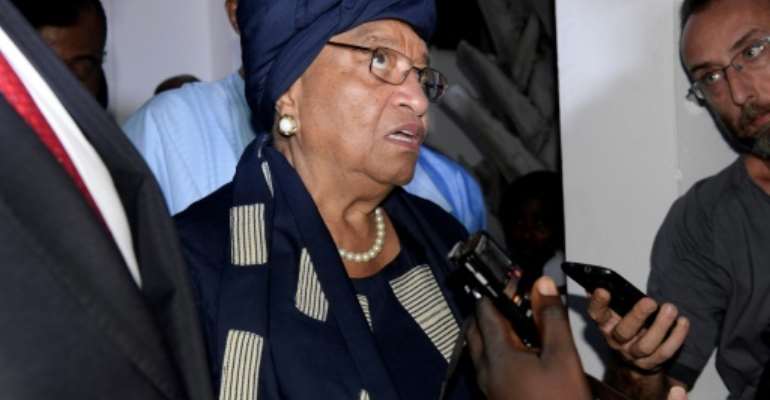 President of Liberia Ellen Johnson Sirleaf led a heavyweight delegation to The Gambia to seek to broker a deal, meeting both Jammeh and Barrow. By Seyllou (AFP/File)

Abuja (AFP) - Regional West African leaders on Saturday said The Gambia's president Yahya Jammeh must step down next month when his term runs out, just over a week after he challenged the result of an election in which he had already conceded defeat.

The 15-member Economic Community of West African States (ECOWAS) issued its call in a statement at the end of a summit in Nigeria.

"The Authority calls on President Yahya Jammeh to accept the result of the polls and refrain from any act likely to compromise the transition and peaceful transfer of power to the president-elect," they said.

The summit vowed "to take all necessary action to enforce the results" of the December 1 poll, without spelling out what the measures would be.

Opposition leader Adama Barrow was declared the winner of the presidential ballot and Jammeh initially conceded defeat, only to reverse his decision a week later, condemning "unacceptable errors" by election authorities and calling for a new vote. 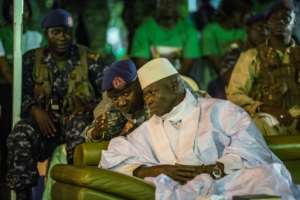 The summit in Abuja was attended by 11 heads of state but without the leaders of four members including The Gambia.

Earlier, Liberian President Ellen Johnson Sirleaf, who is also ECOWAS chairwoman, said Jammeh's reversal "threatened peace", calling on him in a statement on December 10 "do the right thing and take actions to facilitate a smooth and peaceful transition in The Gambia."

On Saturday Johnson-Sirleaf said a prompt resolution of the crisis was essential.

"It is now important that the Authority, at this summit, considers recommended measures to bring this matter to successful conclusion before January 19, the constituted date when the mandate of the incumbent president expires," she told the summit.

"The UN remains concerned by some of the worrisome developments that occurred during the post election period in The Gambia," Chambas said after the opening of the summit.

These included "in particular, the seizure of the headquarters of the Independent Electoral Commission by the Gambian military," he added. 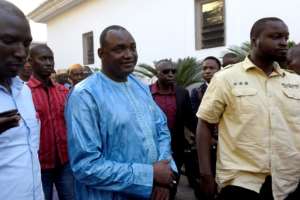 On Tuesday, Sirleaf led a heavyweight delegation to The Gambia to seek to broker a deal, meeting both Jammeh and Barrow.

But Sirleaf announced at the end of the talks there was no deal.

The situation has been further complicated by Jammeh's political party filing a legal challenge against the result at the Supreme Court.

The African Union, the UN, local and international rights groups have asked Jammeh -- who has been in power for 22 years -- to step down.

Ahead of the ECOWAS summit, around 200 politicians, human rights activists and Gambian diaspora figures gathered in Dakar, capital of Senegal on Saturday to call for a peaceful transition of power in Gambia.

"We ask ECOWAS and the international community to ensure this choice is respected and to do all they can so that the democratic transition is not impeded," said a joint statement by Amnesty International, Article 19 and RADDHO rights groups.