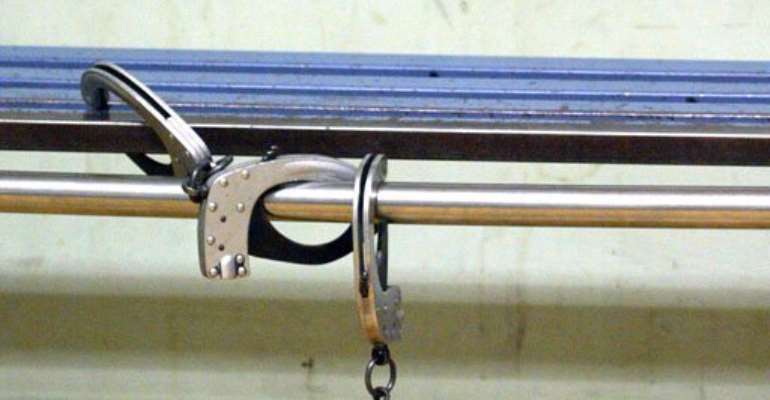 The robber managed to get away but was later nabbed by security guards. By Jack Guez (AFP/File)

CAPE TOWN (AFP) - A thief in South Africa was caught red-handed when he knocked on the door of a house asking for work -- wearing the clothes that he had earlier stolen from the owners.

"When I opened the door I was surprised because he was wearing our clothing," the owner, who did not want be named, was quoted by The Times newspaper on Tuesday as saying.

The man knocked on the front door of the house in East London, in South Africa's Eastern Cape, on Sunday to ask for gardening work wearing the owner's shoes, socks, belt, a pair of trousers and one of his fiance's blouses.

The resident then went to check his storeroom, where items were being stored ahead of a move, which he saw had been looted.

"I could not believe the audacity of this guy. I detained him after that and called the police but they did not pitch after 45 minutes," he said.

The robber managed to get away but was later nabbed by security guards, the report said.