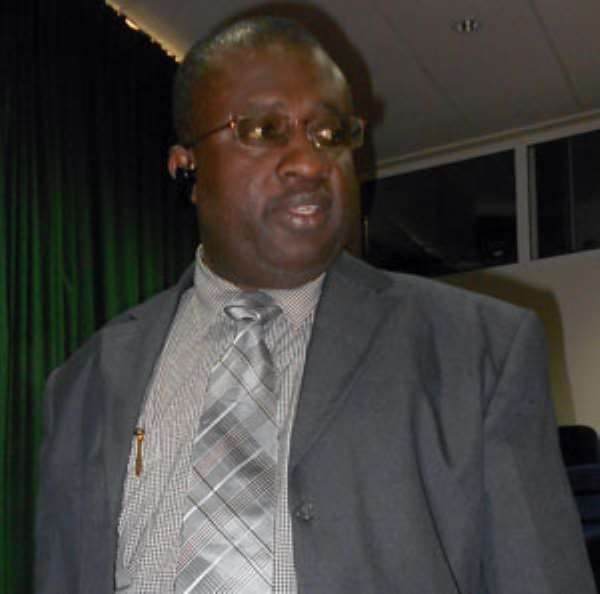 Ghana's full-year gold production declined by a few percentage points last year but it is expected to rise in 2012, the head of its Chamber of Mines has stated.

Ghana is Africa's second biggest producer of gold. Production rose by 12 per cent in 2009, with output at the country's two biggest mines increasing. Ghana's mines produced 2.9 million ounces in 2009, compared with 2.6 million in 2008.

Output was originally rising in 2011 but in the end shrunk since a number of firms focused on longer-term maintenance and expansion projects rather than maximizing existing production.

'Gold output in 2011 came down 2-3 per cent compared to the year before,” Chief Executive of Ghana Chamber of Mines, Tony Aubynn told Reuters, adding that details were yet to be finalized.

He said the decline could have been deeper but for the fact that Australian miner Adamus Resources poured its first gold in January last year.

'Two more mines are expected to come on stream this year and we also anticipate that Adamus will be ramping up production during the year – so we are going to see production go up this year,' Aubynn forecasted.

Ghana's largest mine is Tarkwa owned by Gold Fields Ltd. The Tarkwa Gold Mine is located in south-western Ghana, about 300 kilometers west of Accra. The project consists of six open pits, two heap leach facilities and a CIL plant.

Gold Fields also owns the Damang mine, located in south-western Ghana, about 300 kilometers west of Accra. The Damang Gold Mine has a Mineral Resource of 4.7 million gold ounces and a Mineral Reserve of 2.1 million ounces.

AngloGold also owns the Iduapriem Mine, which produces an average of 190,000 ounces of gold per year. Bibiani Gold mine, owned by Noble Mineral Resources, is located in Western Ghana, 250 kilometres north-west of Accra.

The open-pit mine, which was commissioned in 1998, is in the Sefwi-Bibiani belt and contains more than 17 million ounces of gold. The Sefwi-Bibiani belt is the second-most significant gold-bearing belt in Ghana after the Ashanti Belt to the east. Noble Resources plans a $9m drilling programme over the next three years.

Golden Star Resources, which has two operating mines in Ghana, poured its two-millionth ounce of gold from its Bogoso/Pretea and Wassa mines in 2009.

The Bogoso/Pretea project, in which Golden Star has a 90 per cent interest (Ghana government owns the remaining 10%), consists of approximately 85km mining. Bogoso/Presteas's forecast for 2010 is production of 200,000 ounces.

The Wassa gold mine (also 90 per cent owned by Golden Star), is located in the Southwestern Region of Ghana approximately 35 km east of Bogoso/Prestea. In 2009, mining operations at Hwini-Butre commenced and provided a higher grade ore to the Wassa mill.

Development studies are currently underway that will enable the project to be brought quickly to production stage.

Keegan is also exploring a second project, the Asumura Gold property, located along one of Ghana's largest and most productive gold structures.