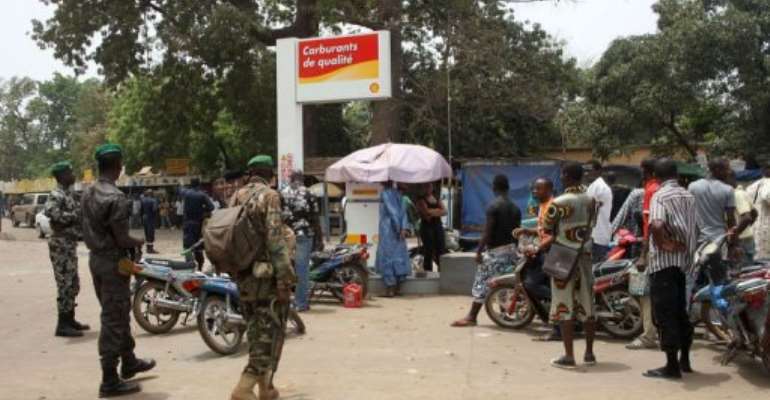 The National Assembly in Mali has defied the rebels and issued a statement demanding a return to constitutional order. By Habibou Kouyate (AFP)

The country's interim cabinet on Monday officially confirmed for the first time the date of the poll, seen as essential to restoring democracy after a coup last year paved the way for Islamist rebels to seize control of the north.

"We need a short transition, we need an elected president to deal with the challenges and it was a good thing to make public the date of the presidential election," said Amadou Dire, of Acting President Dioncounda Traore's Alliance for Democracy in Mali.

Nouhoun Keita, a leader of African Solidarity for Democracy and Independence, which is close to the junta that overthrew then-president Amadou Toumani Toure, noted that "the government says it can hold elections on July 28".

The National Congress for Democratic Initiative, which was neutral in the coup but had originally argued for a later vote, also came out in support of the decision to go ahead in July.

"The date of July 28, 2013 is not a problem for us. We want fair elections, that is the essential thing," said one of its leaders, Aba Toure.

Social scientist Abdoulaye Toure said the unity among the disparate parties over the date could be explained by a broad consensus that getting away from transitional government was an urgent issue.

"We need a legitimate government in Mali, we need to isolate the military, and the only way to do that is to organise elections," he said.

Traore was appointed interim president of Mali following a coup on March 22, 2012 which precipitated the fall of northern Mali to Tuareg separatists and armed Islamists.

But the Tuaregs were soon overpowered by the Islamists, who imposed an extreme form of Sharia in the region. The Islamists have since been largely driven out by a French-led military intervention launched in January.

Fifteen presidential hopefuls have so far declared their candidacy, including former prime ministers Ibrahim Boubacar Keita and Modibo Sidibe as well as a number of other prominent political heavyweights.

Polling booths are planned for the entire country, even the northeastern city of Kidal which is controlled by armed Tuareg separatists who have refused to countenance the presence of the Malian army and government in the region.

Burkina Faso's President Blaise Compaore, appointed mediator for Mali by the Economic Community of West African States, began talks on Monday with officials from Bamako and Tuareg leaders to try to open the way to a vote in Kidal.