GET BEHIND ME, SATAN! 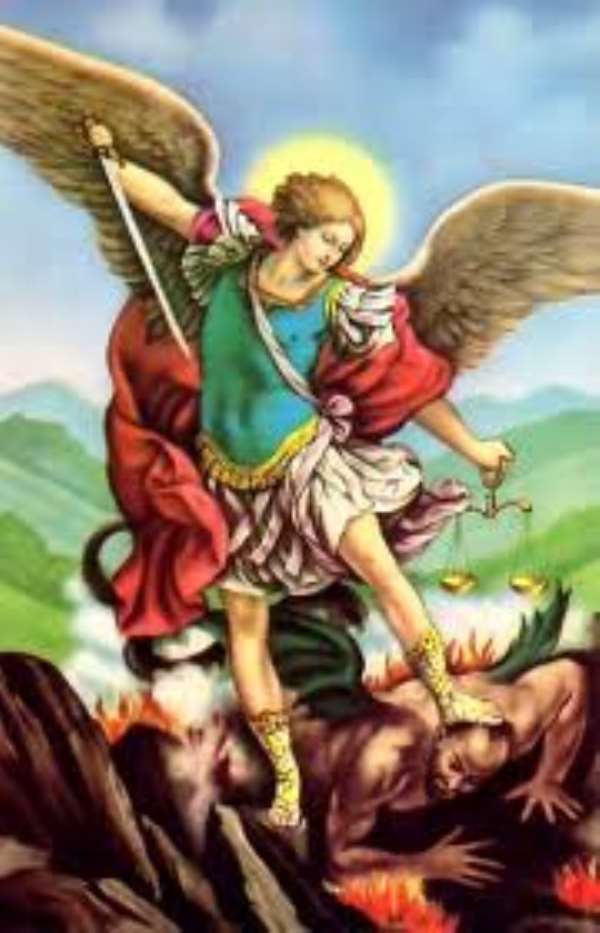 Matthew 16:22-23
Peter took Him aside and began to rebuke Him. “Never, Lord!” he said. “This shall never happen to You!” Jesus turned and said to Peter, “Get behind Me, Satan! You are a stumbling-block to Me, you do not have in mind the things of God, but the things of men.”

Whoa! Hold on a second, did Jesus just refer to Peter as Satan? This would probably be the reaction of anyone who reads this scripture for the first time; but did Jesus really mean Peter to be Satan? I don't think so. Have you ever been in a situation where you strongly sense the Spirit of God as per instructions from the word of God or discernment leading you to take a decision or into an assignment that seems so unpleasant, especially when you look around and see prevailing alternatives which seemingly look better, easier and much more rewarding? This is the exact situation in which Jesus found Himself. Thankfully, He knew better than to opt for the seemingly easy but disastrous way suggested by Peter.

Let's take a cue from the account of Abraham. Abram, before he became Abraham was called by God Almighty to leave his country, people and father's household to a foreign land. This was an assignment with only a promise and no concrete physical evidence of future benefits; yet, with a lot of risk and sacrifice, he obeyed and received a new promise of something he had so much desired-a son-“…'To your offspring(seed) I will give this land.'”-Genesis 12:7; “…'This man will not be your heir, but a son coming from your own body will be your heir.'”-Genesis 15:4. Later, God established His covenant with Abraham which actually saw his name changed from Abram to Abraham; a covenant with a lot of promises concerning Abraham and his offspring and generations to come out of him. Interestingly, after a while when part of the promise had been fulfilled – Isaac, the son and the covenant child that Abraham had so much desired and waited for so long had been born – God gave a new set of instructions to Abraham to sacrifice his son Isaac. How bizarre? Was he not supposed to be Abraham's heir? In all of these twisting, confusing and bizarre instructions from God, how did Abraham react? We are told he obliged to the point where God Himself stopped him. He could have ignored God because at this point he had quite enough and the son he had so much longed for had been given him but he didn't. He did not take the easy way out and because of that God swore by himself to keep the promises he had made to him earlier to the latter. He actually added a few more– Genesis 22:15-18. Centuries later, you and I are still heirs of those promises and blessings – Galatians 3:29 – because Abraham did not have in mind the things of men but the things of God.

Let's not forget that Abraham never had much of a reference point as we do have today – The Bible, best-selling Christian books, powerful sermons et cetera. In spite of this, we always have second, third and fourth thoughts when faced with similar situations. We somehow seem to forget that the just shall live by faith – Romans 1:17.

We can also learn from Queen Esther who took a suicidal decision and acted to save the entire race of Jews in the Persian kingdom after Haman, a high ranking official of the king obtained permission from the king to wipe out all the Jews. She said, “…I will go to the king, even though it is against the law. And if I perish, I perish.” –Esther 4:16. She could have just ignored the plot; after all, how does killing other people affect her being queen, but she didn't.

Do you remember Ananias and Sapphirra? From their account, they were a couple who sold their property and brought part of the proceeds to the Apostles. What they did was referred to as “lying to the Holy Spirit”- Acts 5:2-3. Technically, this should not be an issue because the property they sold was theirs and the proceeds thereupon. They therefore had the prerogative to do whatever they pleased with the money but the difference is that at this point, all the believers were one in heart and mind and no-one claimed that any of his possessions was his own, they shared everything they had-Acts 4:32. This was the direction the Spirit was leading the believers at the time. Well, they compromised and we all know what happened afterwards.

It is the same with most of us today. I must confess I am not certain how I would have reacted if were in the position of any of these people but that is beside the point. The point is we all need to distinguish between the voice of God and that of Satan and know which one to obey. In as much as it may be difficult, we need to flush out of our minds the things of men and replace them with the things of God.

What if Abraham and Esther had turned the other way? What if Jesus had listened to Peter and looked at this the other way? What if in agreement with Peter, He had said, “I am Lord, all power in heaven and on earth have been given to me, I can command legions of angels to come to my aid, I can do all things therefore no-one can touch Me?” Would you and I have the forgiveness of sin, salvation, redemption and eternal life we have today? Would we be able to approach the throne of grace in time of need to obtain mercy? How could we have faced the troubles of this world and freed ourselves from the oppression of Satan? He did not listen to Peter because He knew His purpose which as a matter of fact, was what triggered Peter's statement because He had just told it to His disciples. I am sure Peter was thinking, “How could someone like Jesus suffer like this at the hand of mere men?” That thought is not of God and would have hindered Jesus which is why after Peter expressed it, Jesus said “Get behind Me, Satan!” Not that Peter was Satan but Jesus did not want to give the Devil a foothold because he comes to steal, kill and destroy. This is how we must react. Say to the other alternatives that Satan opens up to us, “Get behind me, Satan!”

In the case of Jesus and Peter where Peter was not just part of the twelve disciples but part of the three whom Jesus kept within His inner circles, these other alternatives may be suggested to us by people who are very close to us and whom we very much trust, for instance a spouse or a best friend. In such instances, we must be sure not to just jump at their words. Not that I am against counsel, as a matter of fact the bible encourages good counsel all the time. All I am saying is, you must be sure it is godly counsel.

Are you faced with a difficult and seemingly unpleasant decision? Is it someone you have to cut out of your life? Is it a way of life you have to give up? Is it a lucrative and well-paid job or career you have to let go to take up an assignment whose future may seem bleak? Is it a situation you want to get out of but deep down you sense you must stay in and endure? These situations may not seem promising and may somewhat seem difficult to bear, but trust me, most miserable is the so-called better alternatives. If you are in a situation which momentarily gives you pleasure and satisfaction but you know that it will ultimately compromise your assignment in life and explode nastily in your face, don't allow it to be a stumbling-block to you; speak to it and say, “Get behind me, Satan!”.