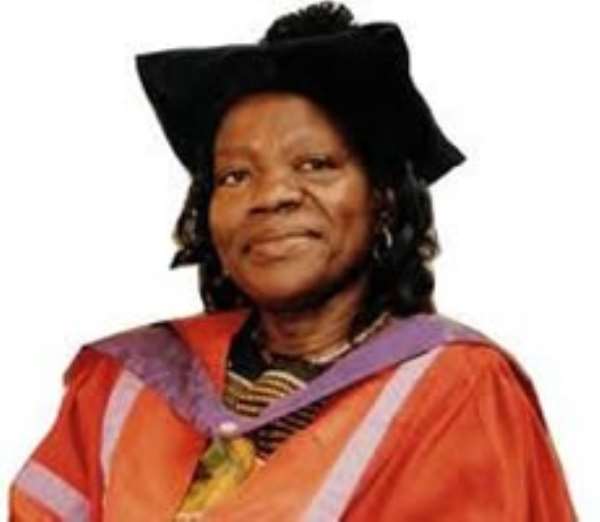 The Council for the proposed University of Energy and Natural Resources in Brong-Ahafo has expressed satisfaction at preparations so far made for takeoff of the project.

Professor Aba Bentil Andam, Chairman of the University Council, made the commendation in Sunyani when she led members of the group to pay a courtesy call on Mr Kwadwo Nyamekye Marfo, Regional Minister, on Friday.

The Council held its maiden meeting in Sunyani to discuss commencement of the University as scheduled.

Professor Esi Awuah of the Civil Engineering Department of Kwame Nkrumah University of Science and Technology (KNUST) participated in the meeting.

It was preceded by an inspection tour of progress of work on physical and infrastructure at the Faculty of Forest Resources Technology of the KNUST campus in Sunyani.

Dr. Paul Effah, lecturer at the Ghana Institute of Management and Public Administration and Professor Emerita Elizabeth Ardayfio-Shandorf of the University of Ghana were other members of the Council.

Prof. Andam on behalf of the Council lauded the Minister, the Regional Co-ordinating Council (RCC) and chiefs and people of the region for supporting the establishment of the university.

She said universities served local and international communities and “a criterion for the successful establishment of universities is to have the local support,” which had been manifested by the region.

Mr. Nyamekye-Marfo expressed the hope that developments so far could provide the necessary foundation for the university to start the 2012/2013 academic year in September.

He said “there is growing anxiety among the people in the region,” and said measures had been taken to accommodate the Vice Chancellor, Pro-Vice Chancellor, the Registrar, Librarian, Internal Auditor and Director of Finance of the University.

Mr. Nyamekye-Marfo and officials of the RCC, accompanied by the media and the Council members inspected building facilities being refurbished at the university.

I won’t bow to pressure to make Parliament a ‘rubber stamp o...
40 minutes ago