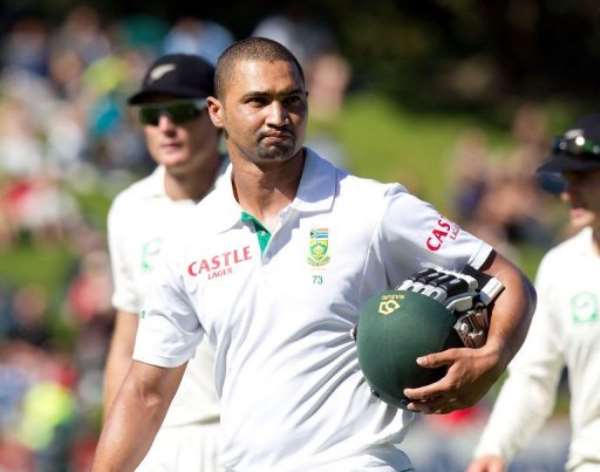 WELLINGTON (AFP) - South Africa marched towards an unbeatable position in the third Test despite New Zealand enjoying their best session with four wickets after lunch on the third day.

The remarkable innings of Alviro Petersen came to an end soon after the lunch break when he fell lbw to Chris Martin for 156, his highest Test score and third century.

The wicket ignited the New Zealand attack with Martin following up with the dismissal of AB de Villiers and Mark Gillespie, the most successful New Zealand bowler, claiming Jacques Rudolph and Dale Steyn.

De Villiers, who came in during the morning session after JP Duminy was dismissed for 103 to end a 200-run stand with Petersen for the third wicket, reached 38 before he was bowled by Martin.

Martin had gone wicketless over the first two days before picking up two for 10 in a four over spell.

Rudolph reached a tentative 11 before he was removed by Gillespie with a ball that moved across the batsman and was edged to wicketkeeper Kruger van Wyk.

Gillespie then had Steyn caught at second slip by Martin Guptill without scoring to have the figures of four for 109.

South African captain Graeme Smith is expected to declare in the final session of the day with the aim of bowling New Zealand out twice in the remaining two days of the match.

South Africa already have an unbeatable 1-0 lead in the three-match series.