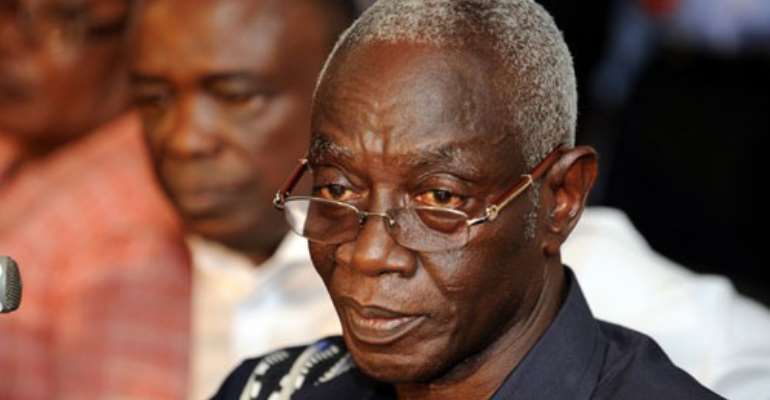 Accra, March 24, GNA – Dr Kwadwo Afari-Gyan Chairman of the Electoral Commission (EC) said on Saturday that the Commission has in place technical mechanisms and experts to deal with any initial operational challenges that may crop up during the Biometric Voter Registration exercise.

“We anticipated operational challenges including equipment failure, difficulty in capturing data, and other human related hiccups and we have a mobile task force in place to deal with the issues as and when reported.

“People who notice any initial malfunction of any equipment should not panic but should report to the EC Officials...as much as possible lets reduce the incident of rushing to the radio stations without verification,” Dr Afari-Gyan told the Ghana News Agency in a telephone interview from Ashanti Region.

Dr Afari-Gyan who is in the Ashanti region to observe proceedings noted that the pilot exercise brought to the fore all operational challenges and that the Commission had the appropriate mechanism to resolve it.

"We have competent technicians and back-up systems to respond to any emergencies; however we need the cooperation of all for a successful exercise", the EC boss said.

The GNA observed that in most registration centres visited, only Agents of the National Democratic Congress and New Patriotic Party were at post to monitor the process.

The biometric voter registration is being conducted in phases in clusters simultaneously in all regions across the country starting today, Saturday, March 24..

Covid-19: Some recovered victims having erectile dysfunction...
20 minutes ago