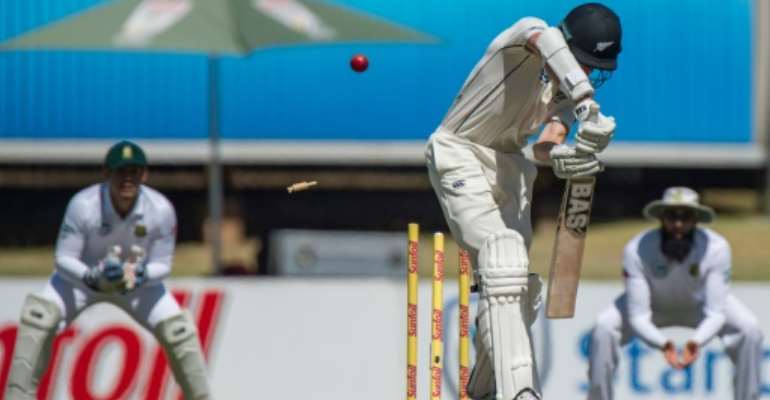 Centurion (South Africa) (AFP) - South Africa's three-pronged pace attack put their team in a strong position with a first innings lead of 267 runs on the third day of the second Test against New Zealand on Monday.

New Zealand were bowled out for 214 shortly before tea. South Africa decided not to enforce the follow on.

Only captain Kane Williamson was able to provide sustained resistance for New Zealand. He was last man out for 77.

With Steyn and Philander both returning from long-term injuries, it was the first time they had played in the same Test match as Rabada, South Africa's 21-year-old cricketer of the year.

The combination proved relentless, although it took South Africa more than an hour to take the first wicket of the day, when Rabada trapped Henry Nicholls leg before wicket for 36.

Williamson and Nicholls put on 60 for the fourth wicket and enabled New Zealand to make an encouraging start to the day after resuming at 38 for three.

Wagner was struck on the helmet by Rabada but responded by slogging four fours and a six in an innings of 31 before he was caught behind off Steyn.

Off-spinner Dane Piedt picked up the wicket of Tim Southee, while Ross Taylor was run out during New Zealand's collapse on the second evening. Three of the first five wickets came through successful reviews by South Africa after their initial appeals had been turned down.