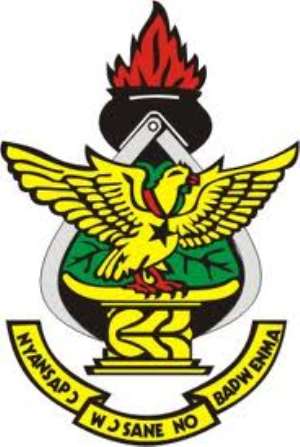 Accra, March 21, GNA – The Ghana Book Publishers Association (GBPA), is seeking a guaranteed market quota of 70 per cent of Government's publishing contracts through the Ministry of Education (MoE), for local publishers.

Members of the Association however, expressed disquiet that foreign publishing companies and their Ghanaian representatives successfully sought 70 per cent of Government publishing contract, stressing that the trend needed to be reversed.

Speaking to the Ghana News Agency in Accra, on Wednesday, at the end of a recently-held four-day advocacy workshop aimed at assisting the members to effectively engage Government for the bargain, Mr Fauna Atta Frimpong, Executive Secretary of GBPA was optimistic the 30 participants had been equipped to train other members to promote the cause.

The workshop was sponsored by Business Sector Advocacy Challenge (BUSAC) Fund and facilitated by the Society for Managing Initiatives and Leadership Enhancement (SMILE) Ghana.

Mr Frimpong said the Association aimed at assisting local publishers to build their capacity and increase their participation in the economic fortunes in the sector.

The GBPA has become synonymous with strong advocacy for local participation in the publishing industry, especially for Government contracts.

It is recalled that the GNA reported on March 14, 2012 that GBPA had asked MoE to kick against plans to sole source atlases to schools because it would cost the State more than 10 million dollars.

A statement copied to the GNA in Accra quoted Mr Asare Konadu Yamoah, President of GBPA as saying that Government needed to provide the level playing field, through public announcement, so that other companies could compete, as stipulated by the Public Procurement Act.

It said "As has been indicated by the Association in the past, books by their nature are not best procured through sole sourcing.”

“This is because of the sheer availability of a large number of competing books, the implicit objective of the Textbook Development and Distribution Policy and the National Book Policy to develop the local book industry and the importance of getting as much choice as possible in book selection."

According to the GBPA, its position served as the basis of the legal case initiated by members against the MoE and Public Procurement Board concerning the acquisition of almost 28 million dollars worth of readers from Macmillan Education, UK, in 2005.

The statement said sole sourcing was contrary to the blue print of the Ministry's “Textbook Development and Distribution Policy", which spelt out the terms and conditions under which textbooks, supplementary readers, dictionaries and atlases among other books would be procured.