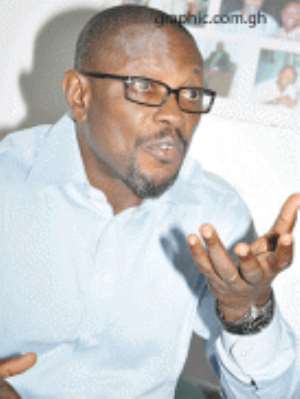 The Ghana Chamber of Telecommunications (GCT) has initiated talks with the government over the 20 per cent import tax imposed on Subscriber Identification Module (SIM) cards used by the various telecommunication companies (telcos) in the country.

According to the chamber, the tax on the cards is an error as far as the Copyright laws of the country is concerned , which requires correction to save the telcos the extra expenditure which could be saved to enhance other operational areas.

The Chief Executive Officer of the Chamber, Mr Kwaku Sakyi-Addo, made this known to some selected media personnel who had toured the premises of the Chamber to acquaint themselves with the operations of the GCT.

“No mobile operator allows or facilitates copying of copyright material on to SIM cards so the idea of the law is completely irrelevant,” he said.

The tour formed part of a special training workshop, put together by the Media Foundation for West Africa with support from the Ghanaian telecom giant, MTN, to expose the media to the various aspects of telecoms reporting, a gray area in modern journalistic practice in Ghana.

Per parts of the 2010 Copyright Law, companies are required to pay 20 per cent import tax on all devices with the capacity to hold downloaded copyright works such as books; audio music; videos; photographs and other audio/video materials.

The law boxes together SIM cards and what is actually known to be devices capable to copy or record materials such as pen/flash drives, Compact Disks (CDs) and audio and video cassettes.

Until the entry of Glo Mobile which SIM cards are said to have the biggest capacity to hold unto 128 kilobyte memory (maximum 500 contacts), the types in the system at the time of the passage of the law was only up to 64kilobytes (maximum 250 contacts) .

The chamber’s boss pointed out that SIM cards did not even have the capacity to hold large quantities of the contacts of a subscriber and wondered how it could be classified as a storage device just as the others in its classification adding that “SIM cards cannot be used to store music, video or books as in the case of the others.”

A SIM card contains its unique serial number, international mobile subscriber identity (IMSI), security authentication and ciphering of information, temporary information related to the local network, a list of the services the user has access to and two passwords: a personal identification number (PIN) for ordinary use and a personal unblocking code (PUK) for PIN unlocking.

Telecom analysts have argued that because government’s throughout the world find it easy to make some money off the telcos, they tend to draft laws sometimes without any critical analysis to get the operators they perceive to be making money to sacrifice some of their profits for national development.

For instance, the import duty which was imposed on mobile phones, devices which could copy copyright material such as music and videos among others has been abolished under the guise of making the device affordable for the majority of the people.

The phenomenon has rather opened the flood gates for the importation of sub-standard handsets, most of which are from China and have been mentioned to be possesing cancerous properties because of the materials used in their manufacture.

Mr Sakyi-Addo was optimistic that the issues as raised by the Chamber which represents the various telecom operators would be given an informed hearing for the tax to be reversed.