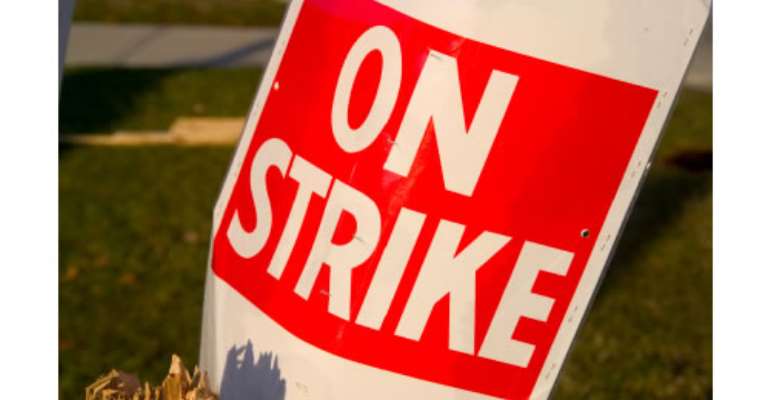 Accra, March 20, GNA – Polytechnic teachers who are on strike will not be paid for the number of days they remain on strike, an official statement from the Ministry of Employment and Social Welfare said on Tuesday.

“The ministry believes that the Fair Wages and Salaries Commission (FWSC) has done its very best for polytechnic teachers and has shown much good faith,” the statement signed by Mr Moses Asaga, the sector Minister, said.

“The Ministry fully supports the recommendation by the Fair Wages and Salaries commission to the Ministry of Finance and Economic Planning that no salaries would be paid to POTAG lecturers for the numbers of days they remain on strike,” the statement said.

It said the mediation agreement of December 20th, 2010 did not envisage equality between polytechnic teachers and university teachers. It only envisaged a bridging of the gap which the FWSC had done.

The statement said it was not as if to say that any group must, by all means, have what they want least of all by pressure tactics and scant regard for the rules of the land, adding “that will be a sure way to derail the whole SSSS policy.”

The statement said there was no gap in salary levels between the polytechnic teacher and the university teacher.

It said following the Polytechnic Teachers' strike in 2010, the National Labour Commission (NLC) appointed a mediator to mediate the impasse between them and the Fair Wages and Salaries Commission (FWSC).

It said at the end of the mediation an agreement was reached on December 20th, 2010 to the effect that the existing gap in remuneration levels within analogous institutions with similar job criteria and schemes of service should be bridged in order to bring equity in salary administration in the country.

''In line with this, a grading structure was agreed with POTAG which has removed any disparity in salary levels between university teachers and polytechnic teacher.”

The statement said these substantial increments were acceded to by the FWSC in its quest to implement the mediation agreement of 2010 and to show its good faith.

“It is also out of a belief that the polytechnics need to be brought to a certain threshold to enable them achieve their mandate of producing a critical middle cadre of manpower for national development. No single group has had gthis monumental adjustment since the implementation of the SSSS.”

The statement said polytechnics and universities have different mandates and indeed they are not the same the scheme of things, adding that the statutes/charters that established the two institutions are clear on this matter.

It said there is a difference between analogous institutions and service classification.

The statement said the fact of one being in the same service classification with another did not mean that the individual institutions therein should have the same grading structure or market premium as POTAG “seems to imply at the discussions for the Premium Market.”