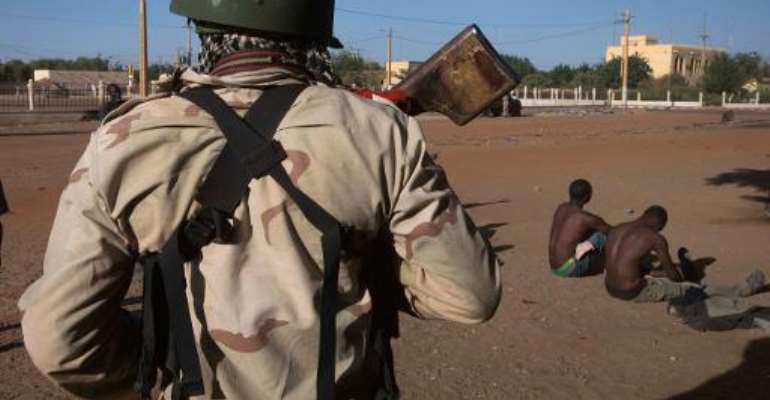 "At least 11 people accused of being informers for (French military operation) Serval or the (Tuareg) MNLA (National Movement for the Liberation of Azawad) have been slain in the past 11 months by the Islamists," one of the Malian security sources told AFP.

The latest killing was that of Sidati Ag Baye, shot by two men on a motorcycle in Kidal, a stronghold of the Tuareg desert people and their rebel movement in Mali's far northeast, one source said.

Suspected of "working for the enemy", Ag Baye had been under surveillance for 10 days by both Al-Qaeda in the Islamic Maghreb (AQIM) and the radical Movement for Oneness and Jihad in West Africa (MUJAO), another military source said.

His death was "a targeted assassination", he said.

Seriously wounded, Ag Baye was transported by the French army to hospital but died of his injuries on Saturday, the source added.

Two months ago, armed Islamists showed up at a market in the northwestern Timbuktu region and handed out leaflets threatening informers and spies for "foreign forces" -- a reference primarily to French troops who helped bring the country back from the brink of chaos by putting down an Islamist insurgency.

AQIM and MUJAO, together with Ansar Dine (Defenders of Islam), occupied much of northern Mali for nine months in 2012 and carried out brutal acts against civilians in the name of Islamic sharia law.

International military intervention launched in January 2013 at the initiative of former colonial power France has driven the armed radicals out of the towns, but they remain a force to be reckoned with in their desert strongholds.