Prices of some commodities in Tamale market increase 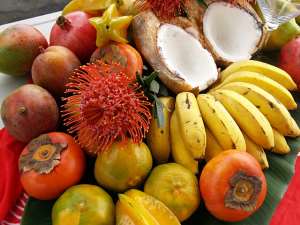 Tamale, March 19, GNA - Prices of some commodities in the Tamale metropolis appreciated slightly in the first two months of this year as compared to the same period in 2011.

A market survey data obtained by the Ghana News Agency (GNA) from the Regional Directorate of the Ministry of Food and Agriculture (MOFA) indicated that prices of food items such as maize, soyabean, cowpeas, and tomatoes had increased.

Speaking in an interview with the GNA, Mr Festus Aaron Langkuu, a Monitoring and Evaluation Officer at MOFA said while prices of some commodities increased, the price of other food items remained unchanged.

Asked why the increases, Mr Langkuu explained that the production of some commodities such as rice and maize was low due to low rainfall experienced in the region for some time now.

He said another reason could be that people were hoarding the commodities in order to sell it at a higher price later at the peak of the lean season.

He suggested that the government should invest in building more dams for irrigation purposes to enable farmers to crop all year round to avoid the over reliance on rain-fed agriculture.