Africa to generate more e-waste than Europe by 2017 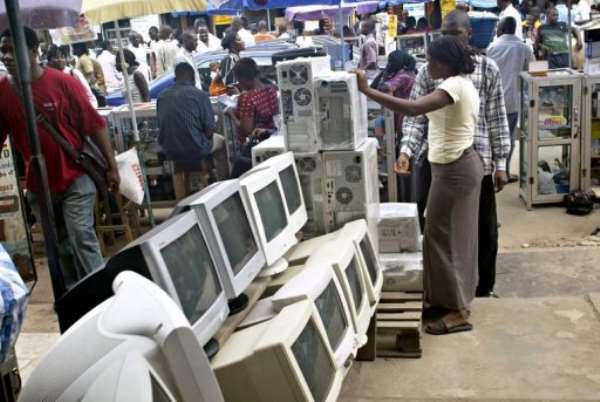 NAIROBI (AFP) - Better known as a dumping ground for used electronic goods from developed countries, Africa is set to outstrip Europe in the volumes of e-waste it generates within five years, experts said Thursday.

"At the current rate ... by 2017 we'll be faced with so much e-waste -- even more than in the EU," said Miranda Amachree of Nigeria's National Environmental Standards and Regulations Enforcement Agency.

The two major contributing factors are population growth and increased avalibility of mobile phones, computers and accessories, the experts said on the sidelines of the Pan-African Forum on E-Waste at the UN environment agency in Nairobi.

"There is population growth ... and there is the penetration rate -- there are increasing numbers of people with access to these devices," Kummer Peiry said.

"You have to bear in mind that there are efforts undertaken at all levels to increase access -- it's part of development," she said, describing the growth of both the population and the penetration rate as "exponential."

Africa, which has traditionally been confronted by thousands of tonnes of electronic waste shipped from Europe for disposal, often under dangerous conditions, is increasingly dealing with the e-waste generated locally.

"The use of electric and electronic devices ... is still low in Africa compared to other regions of the world but it is growing at a staggering pace," said a report launched last month summarizing findings from the E-waste Africa Programme of the Basel Convention.

The convention, which regulates the transboundary movements of hazardous wastes and their disposal, was adopted in 1989 and took effect three years later.

Africa, where most recycling is informal, "needs to move towards more formal recycling in order to ensure precious metals are properly extracted from say, mobile phones," Kummer Peiry said.

Achim Steiner, the head of the UN environment agency UNEP, that is hosting the three-day forum, said a seeming problem can be turned into an opportunity if the right recycling measures are put in place.

"From one tonne of cellphones, minus the batteries, you can extract 3.5 kilos of silver, 340 grammes of gold, 140 grammes of palladium and 130 kilos of copper," he told reporters, adding that the cost of smelting recycled metals is "three or four times less energy intensive than smelting virgin ores.

But that sort of recycling will only happen if Africa is given access to the necessary technologies, Steiner warned.