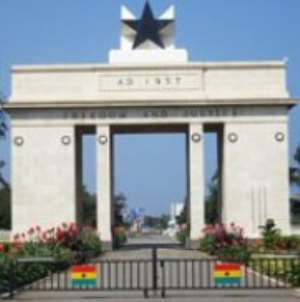 Ghana has marked its 55th Independence anniversary with colourful parades across the country.

A national parade of schoolchildren and contingents of security personnel at the Independence Square in Accra will be addressed by President John Evans Atta MIlls.

Similar parades will be held in all the regional and district capitals, during which representatives of the President will take the national salute and present the Head of State’s speech to the gathering.

The President’s address is likely to focus on the strides that the country has made in its economic recovery and political processes.

He will also assure the nation of peaceful, free and fair elections in December this year.

Merry makers will patronise the various entertainment centres, night-clubs and beaches in their respective areas to commemorate the occasion.

As part of the anniversary, the First Lady, Dr Ernestina Naadu Mills, Monday presented the President’s Independence Day awards to deserving students at a ceremony in Accra.

The anniversary is a momentous occasion marking the event that ended 113 years of British colonial rule and ushered the country into constitutional governance under the leadership of its first Prime Minister, Osagyefo Dr Kwame Nkrumah.

The country has, for the past five and a half decades, had a chequered political history characterised by four Republican constitutions and long spells of military interregnum.

The First Republic, which lasted for nine years between I957 and I966, witnessed the laying of what can be described as a robust economy, including the building of virile and solid infrastructure which currently serves the nation.

Other infrastructural projects included the Tema Harbour, the Akosombo Hydro-Electric Dam, the Tema township, the Tema Oil Refinery and the Tema Flour Mill. Other projects which have collapsed formed part of the Convention People’s Party’s (CPP’s) Seven-Year Development Plan — I963 to I970.

Dr Nkrumah’s dream of economically transforming Ghana was truncated by the first military uprising in the country on February 24, I966 which brought the National Liberation Council (NLC), chaired by Lieutenant General Joseph Ankrah, into power.

The NLC, which accused Dr Nkrumah of unbridled dissipation of the country’s wealth and dictatorship, failed to continue with his lofty vision and handed over political power to the Progress Party (PP), led by Dr Kofi Abrefa Busia, after elections in I969.

The Second Republic under Dr Busia lasted for only 27 months, having been shown the exit on January I3, I972 by the National Redemption Council (NRC) under the leadership of General Ignatius Kutu Acheampong.

The NRC accused the PP government of “taking away the few amenities and facilities which the military and the police even enjoyed under the Nkrumah Regime”.

The NRC later metamorphosed into the Supreme Military Council (SMC), but a palace coup saw General Acheampong being replaced by Lieutenant-General F.W.K. Akuffo in I978 as the Chairman of the SMC and Head of State of Ghana.

As the SMC was preparing to hand over political power to an elected government after a Constituent Assembly had drafted the Third Republican Constitution, the country was hit by another military uprising on May !5, 1979 which was swiftly quelled by the authorities.

The architect of the uprising, Flight Lieutenant Jerry John Rawlings, was arrested and hauled before a court martial, but before the dust could settle on the issue, a group of officers and men from the Ghana Armed Forces, on June 4, 1979, seized the reins of power and ousted the SMC.

The Armed Forces Revolutionary Council (AFRC), led by Flt Lt Rawlings, allowed the elections which were underway to go ahead, with the People’s National Party (PNP) winning for its leader, Dr Hilla Limann, to become the President of the Third Republic in September I979.

On December 3I, I98I, Ghanaians woke up to hear the voice of Flt Lt Rawlings on radio claiming that he had overthrown the government of the PNP and launched a revolutionary government called the Provisional National Defence Council (PNDC) to re-arrange the social and economic order of the country.

After 11 years of military rule regulated by the issuance of decrees, the Fourth Republican Constitution was born and a general election held on December 7, I992. It was won by the National Democratic Congress (NDC), led by Flt Lt Jerry Rawlings.

He was returned to political power in I996, but in 2000 the NDC’s presidential candidate, who had been the Vice-President from I996 to 2000, Prof Mills, lost the elections to Mr John Agyekum Kufuor.

Mr Kufuor managed the country for two terms and in 2008 the electorate returned the NDC, whose presidential candidate was Prof Mills, to political power in the elections.

Since 2009, Prof MIlls has been managing the economy, which had been buoyed by the discovery of oil in commercial quantities.

Although the country has had 55 years of self-rule, it still remains a neo-colonial economy and depends so much on external assistance for its development.

After 113 years of brutal colonial bondage under the British and five and a half decades of self-rule, the country’s production forces and the productive relations remain largely underdeveloped.

Ghana gained self-rule in the same year as Malaysia but today Malaysia is streets ahead of Ghana in terms of development.

Malaysia came for oil palm seedlings in Ghana for cultivation in I964 but today it is the leading producer of oil palm in the world. It has even processed the palm kernel into petroleum products for vehicles.

In addition to that, that country uses the residue to manufacture vehicle seats for export to China, Japan and South Korea.

To what extent has the country improved upon its infrastructure such as the railway system which was built by the British Governor Gordon Guggisburg between I9I9 and I927?

Ghana, in 1966, had more basic industries than today. Before the overthrow of the government of the CPP in I966, the country could boast of matches, jute, shoe, sugar, rattan, glass, ceramics and other industries.

Successive governments could not maintain the industries, let alone expand their capacities to absorb more workers.

Undoubtedly, the absence of industries compelled the people to migrate from the rural communities to the urban centres where infrastructure was overstretched and at times resulted in their collapse.

As the country celebrates 55 years of independence, there is the need to reflect on solutions to the problems that bedevil the nation.