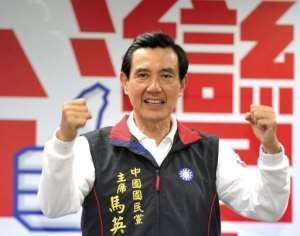 TAIPEI (AFP) - Taiwan's President Ma Ying-jeou is scheduled to leave for Africa on April 7 on his first trip to the region as the island's leader, to shore up ties with allies, his office said Wednesday.

Ma will meet with the heads of Burkina Faso, Gambia, Sao Tome and Swaziland during the 12-day trip while inspecting Taiwan's agricultural, medical and educational missions, the presidential office said.

The four allies are among only 23 nations that formally recognise Taipei over Beijing in a decades-old diplomatic tug-of-war between the two sides since they split in 1949 after a civil war.

Both sides have previously accused each other of using generous financial packages to ensure the loyalty of governments or persuade them to switch allegiance, especially in Africa, Latin America and the Pacific.

However, ties have improved markedly since Ma took office on a Beijing-friendly platform in 2008.