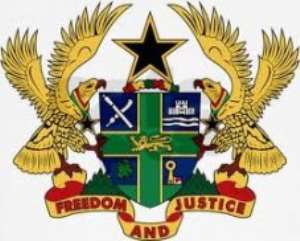 The Presidential Transition Bill, a legislation that seeks to smoothen the transfer of political power, will be passed today, the DAILY GRAPHIC has learnt.

Among other remedies, it will help cure critical challenges in past transition processes and administration puzzles.

The centrepiece of the legislation is accountability and good governance imbued in the establishment of a Presidential Estate Unit (PEU) to be headed by an Administrator-General to oversee the whole transition process.

The mandate of the Administrator-General includes spelling out modalities for the preparation and presentation of handover notes, taking inventory of Executive estate and setting guidelines for the vacation of government bungalows by outgoing members of the

Executive.
These processes are expected to douse the acrimony and bad faith that characterised past transition processes, especially in 2001 and 2009.

In 2001, the transition process was characterised by rancour and acrimony between the outgoing National Democratic Congress (NDC) administration and the incoming New Patriotic Party (NPP) administration.

The polarisation further deepened in 2009 during a reverse transition, with the NPP pulling out of the process, after accusing the NDC of resorting to practices inconsistent with proper and efficient transitional norms.

The Chairman of the Electoral Commission, Dr Kwadwo Afari-Gyan, in an article in the January 23, 2009 issue of the Daily Graphic, underscored the need for a Presidential Transition Bill to ensure smooth transition in the future.

Initiated by the Institute of Economic Affairs (IEA) in 2007, the Presidential Transition Bill seeks to de-polarise the transition process, while encouraging accountability and good governance.

“We are quite pleased to see that the bill is in its final consideration stages,” an excited policy analyst at the IEA, Dr Michael Ofori-Mensah, told the Daily Graphic.

He called for the early enactment of a subsidiary legislation, as well as the establishment of the PEU and the appointment of an Administrator-General to ensure a smooth transition process in 2013.

Although he admits that it will be difficult to put in place the legal and institutional framework before the next transition process, given the constraint of time, he believes it will still be useful to set them in motion to enhance accountability.

Dr Ofori-Mensah stressed the need to de-politicise the transition process, adding that given the past experiences of 2001 and 2009, the establishment of the PEU and appointment of an Administrator-General were imperative to inject some sanity into the process.

He stressed the need for the government to provide the necessary logistics and support for the PEU and the Administrator-General to enable them to discharge their duties effectively.

In his 2009 State of the Nation Address, President Mills pledged the government’s support to the Presidential Transition Bill.

Dr Ofori-Mensah said the essence of the bill went beyond ensuring smooth transition and that it was also to enhance accountability in the transition process.

“I am cautiously optimistic that if the law is passed, the inventory that will be created together with effective leadership, will ensure value for money,” he added.

He, however, noted that the law was not a panacea for the transition challenges, although it would help plug some of the loopholes.