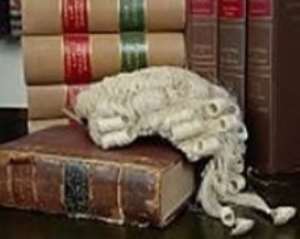 Pastor James Nana Akwasi Agyemang, the Leader of Shiva Linga Church based in Abidjan, who allegedly defiled eight girls and absconded has been nabbed and put before an Accra High Court.

Pastor Agyemang, charged with eight counts of defilement, pleaded not guilty and has been remanded into police custody to reappear on March 19.

The pastor, who escaped after being granted bail in 2007, was nabbed with the assistance of ace investigative journalist Anas Aremeyaw Anas.

Research reveals that Lord Shiva is a major Hindu deity with creative powers and is often symbolized by a fused male and female genitals, indicating fertility.

The court presided over by Justice Charles Quist told Pastor Agyemang that he would not be granted bail because he absconded from the court’s jurisdiction when granted bail by an Accra Circuit Court.

The court told him to engage a counsel to defend him.

Mrs Evelyn Keelson, Principal State Attorney, who prosecuted, told the court that Pastor Agyeman operated a prayer group in Accra and the complainants were eight members of his prayer group.

She said Pastor Agyeman resided both in Abidjan and Accra with some children at his residence at Dome in Accra.

Mrs Keelson said the children who lived with the accused were aged between three and 12 years and were brought from Abidjan and other parts of Ghana.

The prosecutor explained that the children lived with the accused following arrangement made between the accused and parents of the victims and provided the needs of the children.

Between May 2006 and December 2006, Pastor Agyemang defiled the victims several times in turn in his bedroom and bathhouse and threatened the victims with death and madness if they informed anyone about their ordeal.

However, in December 2006, a 12-year-old victim from Abidjan came to spend her holidays in the accused person’s residence at St John, near Dome in Accra and the accused defiled her a number of times.

The victim got to know that all the children in the house had gone through similar ordeals.

The prosecutor said when the victim returned to Abidjan, she informed two persons, Stephen Peprah and Mary Anaglate, parents of three of the victims about the incident.

When the parents, consequently, rang their children who confirmed their ordeal, they came to Ghana and went to the house of Pastor Agyemang.

In their interaction with the children, they all confirmed that they had been defiled by the accused and examination by the parents confirmed it.

Mrs Keelson said the parents lodged a complaint with the Police and medical forms were issued to the victims and upon examination, doctors confirmed that they had been defiled several times.

Pastor Agyeman then left the house and could not be traced but he later reported to the Police in 2007 and was put before a Circuit Court.

He was granted bail but absconded until March 4 this year when, with the assistance of Anas Aremeyaw Anas, he was arrested.