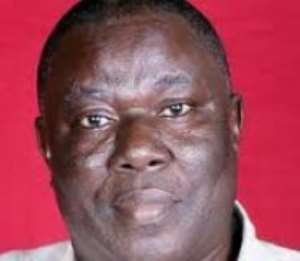 The Minister of Roads and Highways, Mr Joe Gidisu, yesterday told the Public Accounts Committee (PAC) of Parliament that the attempt by Construction Pioneer (CP) to enforce an arbitration rule led the New Patriotic Party (NPP) government to pay US$I5 million to the company.

The US$15 million, representing more than 100 per cent the amount the government was supposed to pay to the company, was occasioned by delays in payment.

He said if the previous government had made prompt payments in 2003, it could have saved the taxpayer about 6,485.592 euros.

Mr Gidisu explained that both the previous and the present governments agreed to pay CP judgement debts to prevent the company from auctioning state properties abroad to defray its claims.

He said in November 2007 when the CP petitioned then President John Agyekum Kufuor, the then Attorney-General, Mr Joe Ghartey, wrote to the then Minister of Finance and Economic Planning to pay the company 9,181,460.45 euros for the Obuasi roads project.

The minister, however, could not inform the committee whether the amount paid by the previous administration added up to make the 94 million euros paid under the negotiated settlement between the government and CP in 2011.

Throwing light on the nature of the CP’s claims, Mr Gidisu said on the Biriwa-Takoradi road project, the Ghana Highway Authority (GHA) asked CP to dualise some portion of the road but when CP had finished with the feasibility studies and the design, the GHA changed its mind and wanted the road to be constructed as single lane.

Mr Gidisu said there arose differences between the government and CP over the amount to be paid to the company for the discontinuation of the double lane road project and the parties resorted to arbitration for settlement.

He, therefore, urged the PAC members to put CP’s involvement in the construction industry in the country into perspective, since both the previous and the present governments had not been spared by CP in the payment of claims over either delays and damages.

He said the attempt by the Kufuor government and the GHA to defend their claims did not make matters better, hence the amounts kept rising.

He said concerning the Akim Oda-Nkawkaw road, CP demanded for works done on the road, while the GHA contended that CP never carried out any road works for which the government ought to pay and that led the project being contested at the international arbitration.

On Accra City Centre roads, the minister said CP raised claims of 30 million Deutsche Marks and 5.7 million euros as the contract sum and damages and delays, respectively, for the road projects as far back as I996.

The Chairman of the PAC, Mr Albert Kan-Dapaah, had earlier admonished witnesses who swore oaths to tell the truth and not conceal information, since they could be put before court for perjury.

He also urged members of the committee not to be partisan by making up their minds that some witnesses were guilty, since the PAC was a fact-finding one which was supposed to present its report to Parliament.