We will not do the bidding of politicians - 'Machomen' 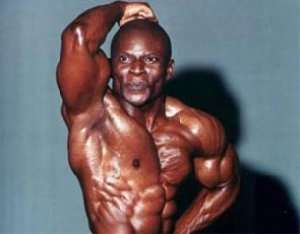 Kumasi, March 8, GNA – A group of body builders, popularly referred to as “machomen”, in the Kumasi Metropolis, has vowed they would not be used as pawns by politicians to cause mischief during the December Polls.

It said they would no longer engage in acts of bullying and intimidation of voters or fronting for any politician.

This was contained in a statement signed by Mr Kwame Ampem Darko,its General Secretary.

It spoke of instances in the past where they had visited violence on the people during elections and said this would not be repeated.It would rather give every support to the security agencies to ensure that all qualified voters freely exercised their franchise.

The group, which calls itself 'Machomen for Good and Justice (MFGJ)”, urged the country's youth to be alert and refuse to be part of any evil agenda to create confusion.

They should stay away from violence and channel their energies into productive ventures, the statement added.