Former staff sues ADB …for infringing on her Human Rights 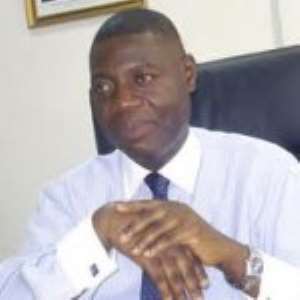 A former staff of the Agricultural Development Bank (ADB) has issued a writ at the Human Rights Court against the Bank for dismissing her over alleged comments made, which was recorded during a private telephone conversation.

Mrs. Abena Pokuaa Ackah, Senior Retail Performance Monitoring Officer of ADB, is seeking the court for an order of certiorari, and to quash the decision of the Bank in terminating her appointment.

The former employee of the ADB noted that the action taken by the Bank smacked of unconstitutionality, arbitrariness, prejudice, and disregard for the principles of natural justice.

According to Mrs. Ackah, the action of her former employer was in violation of her right to a fair hearing, noting that ADB did not give her hearing on the issue, before terminating her appointment.

Additionally, the applicant is seeking the court to declare that the purported termination of her employment by ADB, on the basis of comments passed in a private telephone conversation with another person, was a gross infringement of her fundamental human rights to the freedom of speech, expression, thought and opinion, as well as her right to privacy, guaranteed under the 1992 Constitution, and therefore, unlawful.

The applicant is also seeking the court to declare that the purported termination of her employment with ADB was a violation of her right to fair hearing, as she sought to prohibit the Bank from instituting disciplinary actions against her on the basis of comments made to another person through a private telephone conversation.

She is, therefore, seeking among others, damages for breach of privacy, and damages for violating her fundamental human rights to freedom of speech, expression, and opinion.

In her affidavit filed before the court, Mrs. Ackah noted that she honoured an invitation dated August 8, 2011 by the Human Resources Department of ADB to discuss her current 'debt profile' with the Bank, where she was then asked to meet the Board of Directors, without prior notice, for discussions.

According to her, the Chairman of the Board made reference to a recorded conversation that took place between her and one Nana Yaw Yeboah, and queried that 'my comments about the Bank, particularly its Managing Director, were vulgar and abusive, for which sanctions should be instituted.'

Mrs. Ackah indicated that she further received a letter dated August 10, 2011, and signed by the Executive Head – Human Resource, suspending her without going through the mandatory procedure prescribed by the company's Human Resource Policy Manual for hearing before imposing sanctions.

Additionally, the applicant pointed out that the Bank, in addition to summarily suspending her, had further imposed a penalty of withholding half of her salary during the suspension period.

Mrs. Ackah said in December 2011, she was invited to appear before the Disciplinary Committee of the Bank, where the full version of the recorded private telephone conversation was played. She, however, indicated that her counsel was not provided with a duplicate copy of the recording to scrutinize, and on the next adjourned date, her counsel objected to admitting the exhibit into evidence, but no response was given by the Disciplinary Committee.

The applicant noted, therefore, with surprise, that on February 2012, she received a letter terminating her employment with the bank, notwithstanding the on-going proceedings before the company's Disciplinary Committee.