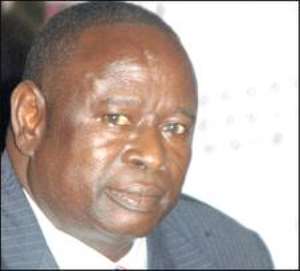 The issue of the rising cost of goods and services in the country took centre stage in Parliament yesterday, as members wrapped up debate on the State of the Nation address delivered by President John Evans Atta Mills on February 16, 2012.

The New Patriotic Party MP for Okaikoi South, Nana Akomea who launched a blistering attack on the much touted government's macro-economic achievements said situations on the ground proved contrary.

According to Hon. Akomea, the low inflation figures which government officials often make reference to has had no direct effect on the pocket of Ghanaians, but noted that prices are rather skyrocketing.

He argued for instance that the price of Kenkey in 2008 was GHp 20 but three years into Mills' administration the price has shot up to between GHp 50 to GH¢1.00.

He again made reference to the high cost of gari, milk, kenkey, rent, trotro, sachet water, bread, maize and petrol, which he claimed had increased over 100%.

He also quoted the price of gari, which he said has gone unreasonably high from GH¢1.00 to GH¢2.00.

He reiterated that inflation is only relevant when it reflects in the lives of the people, but not when government refers to statistics and figures.

But in a sharp rebuttal, Communications Minister, Harunna Iddirisu said the President's statement that the economy is full of promise and making substantial progress is an honest admission, even though there is still a lot of work to be done.

The statement reflects the President's honesty because he did not seek to tell the house that he has reached the final destination of his better Ghana agenda.

'But at least it must be appreciated that whether roads, health or water infrastructure substantial gains has been made'.

Concluding the debate on the President's state of the nations address, he said there has been consistent growth in the annual GDP growth rate from 2010 to 2011 which gives the promise that the Ghanaian economy is expanded.

He indicated that the dream of the NPP government in GPRS I and II was to achieve a GDP of 7%, but the Ghanaian economy has demonstrated resilience in GDP growth, higher than what they anticipated in their vision and dream.

Touching on inflation, the outspoken Minister alluded to the fact that inflation in macro economic stability matters because the NPP did self glorification in their state of the nation's address in the last eight years.

'Today, you are reluctant to thank the President for achieving the best sustenance of macro economic indication in the country, be it cedi depreciation, growth of GDP or its managing fiscal discipline and prudence'.

Former Roads and Transport Minister and MP for Nhyiaeso, Dr. Richard Anane said that if external funding is required for the dualisation of the Accra-Kumasi road to enable it to be completed on schedule, why then do we pay millions of cedis for judgment debts.

Contributing to the state of the nation address, the former Minister said when contracts of contractors are terminated, it is the state which bears the cost of the equipments that the contractors go to hire.

He mentioned that projects that require innovations have been left stalled, and wondered if it is because they have not been properly oiled.

'We are worried that the idle equipment of these contractors is going to be paid for by the people of this country, price fluctuations and exchange rate differences'.

Touching on the work of the Public Accounts Committee (PAC) of the house, he said the disturbing revelations shows that they need to have a deeper look at it and ensure stiffer sanctions to such officials.