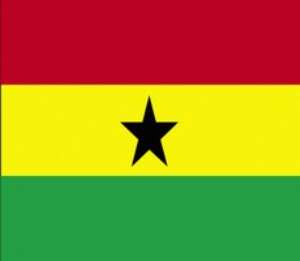 The major political parties in Ghana have commended its citizens for co-existing in peace, in spite of their political, ethnic and religious differences, for the past 55 years.

However, they all complained that the country had not been able to utilise its rich human and material resources to create an independent economy and the necessary socio-economic conditions for majority of its people.

The NPP says Ghanaians have been able to maintain unity in the midst of a myriad of conflicts that have destabilised other countries in Africa.

The Communications Director of the party, Nana Akomea, noted that aside from unity, the country had not been able to live up to its potential and suggested that with a transformational leadership, the country would engender the needed transformation in its economy.

That changed economy, he said, would put the country on a sound footing that would enable it to solve or reduce basic problems such as unemployment and the high cost of living and provide quality and affordable education and health for its people.

He said that transformational leader would be in a position to totally change the Guggisburg economy in which, over the last nine decades, the country had continued to export raw materials and import finished goods, to its own disadvantage.

He partly attributed the endemic corruption among civil and public servants to their low salaries and contended that when the economy was put on a sound footing, the country would be able to pay real wages that would help minimise the canker of corruption.

For its part, the CPP believes that since the overthrow of the Nkrumah government, the country has not experienced any concrete development “which added any meaningful value to the well-being of the people, particularly the less privileged''.

According to the Communications Director of the party, Nii Armah Akomfrah, the educational sector was suffering from poor infrastructure and lack of support for teachers.

He observed that Malaysia and South Korea got their independence at the same time Ghana got its but lack of effective leadership, especially by the two main political parties, had destabilised the economy.

Mr Akomfrah contended that the way forward for the country was to trace the vision of the CPP and bring the party back into government to continue with quality development.

Ghanaians have accomplished a great deal for themselves over the years to justify the independence attained 55 years ago, Dr Paa Kwesi Nduom of the PPP told the Graphic.

He added that unlike other countries in Africa, Ghanaians had been able to maintain a united state that had not been torn apart through conflict for the sake of ethnocentrism, religious differences and political antagonism.

He said although standards had fallen, the nation's educational system had been able to produce high quality Ghanaians who had excelled in all spheres of life in every corner of the world.

Dr Nduom, who was the Minister of Public Sector Reform in the Kufuor administration, said the only difficulty had been that the country had, in some cases, not acted with maturity to take control of its economy and resources.

He noted that Ghanaians prided themselves as the beacon of democracy but they needed resources from other nations to feed their children under the school feeding programme.

He said Ghana was at the crossroads, noting that for it to attain the needed development, it required a progressive and incorruptible leader who would build strong institutions and build local industries with government's purchasing power.

Dr Nduom was of the view that Ghanaians must offer the leadership mantle to a progressive leadership to manage the affairs of the country, particularly using science and technology to find solutions to the nation's problems.

According to the Interim National Chairman of the GCPP, Dr Henry Lartey, all previous governments, including that of Prof Mills, had successfully laid down fundamental structures to facilitate quality development.

He observed that the economy had become fertile enough to attract foreign investment, adding, “All we need now is for the citizens and the institutions to take advantage to improve their well-being.”

He added that Ghana's economy had been touted as one of the fastest growing in terms of its exports and the increase in cocoa production.

Touching on education, Dr Lartey commended the government for the initiative in building two universities in the Brong Ahafo and Volta regions which “will further improve the quality of education in the country''.

Apart from the Presidents of the First and the Third Republics, Dr Kwame Nkrumah and Dr Hilla Limann, respectively, the remaining Heads of State just wasted the time and resources of the nation and could not improve the living conditions of the people in the area of health, eduction, agriculture, sanitation and housing, Mr Hassan Ayariga, the PNC flag bearer, told the Graphic.

“We have achieved nothing to celebrate. The 55 years is like 55 days,” he said, adding that at 55, many Ghanaians still went to sleep on empty stomachs, slept on the streets, died of malaria and other diseases, with majority of children dropping out of school after the junior high school.

He suggested to President Mills to celebrate each Independence Day in deprived places in different regions to take stock of the needs of the people at first-hand and also interact with the people.