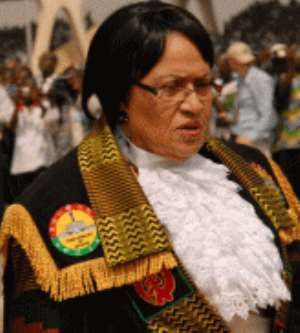 Members of the Public Accounts Committee (PAC) of Parliament need security since they are being exposed to danger due to the nature of their work.

Mr Isaac Asiamah, NPP Member for Atwima/Mponua and Member of PAC, raised the issue on the floor of Parliament on Friday, saying PAC members received threatening text messages on their mobile phones but failed to attribute the text to any particular individual.

He therefore, called for the provision of security for members of the Committee who interrogated representatives of institutions based on the Auditor General's Report.

In another development, Mr Stephen Balado Manu, NPP Member for Ahafo-Ano South, suggested that a committee be set up to investigate deaths of the Parliamentary staff.

Meanwhile, Mr Cletus Avoka, Majority Leader and Chairman of the Business Committee, who read the business statement announced that Tuesday, March 6 was Independence Day and would be observed as such.

He said the House would therefore, not sit on Monday March 5, because of the necessity for members to participate in the 55th Independence anniversary celebrations in their constituencies.

Mr Avoka said the Business Committee had proposed that the debate on the motion to thank President John Evans Atta Mills for the state of the nation address would be concluded on Wednesday, March 7.